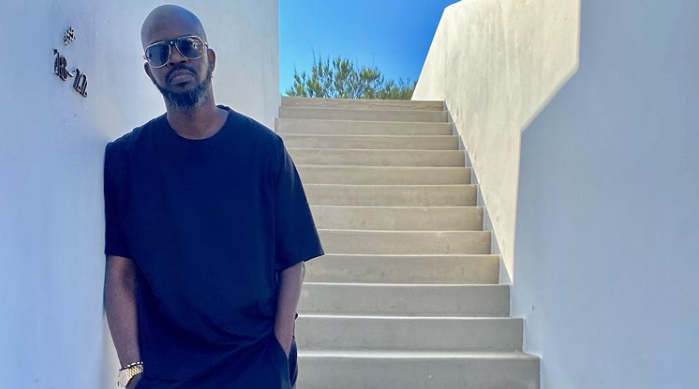 Black Coffee is no doubt one of the trendiest celebs in Mzansi, and he caused a stir once again when he stepped out in limited edition kicks worth more than R170k.

Black Coffee's sneaker game is world-class and he showed off one of the newest additions to his collection in a snap on Instagram.

In the pic, taken in Munich, Germany, while on the European leg of his world tour, he gave fans a glimpse of his Air Jordan 1 High OG Dior sneakers.

Wrapping up the Summer,looking forward to Spring.

The shoe is a collaboration between Jordan and Paris fashion house Dior. It is the first time Jordan has teamed up with a luxury fashion brand.

It dropped last month and was limited to only 8,500 pairs, each pair individually numbered.

The shoes sold out within seconds through an online raffle system, with one report by fashion publication WWD claiming that more than 5 million people signed up to buy the shoes.

The sneakers originally retailed at $2,200 (about R38,000) but their value has apparently skyrocketed since the launch.

Reputable shoe trading service StockX listed its last sale of the shoe for a cool R171,478.

In 2017, Black Coffee had the streets talking when he posted a pic of himself with a black Bentley, which retails from R3.7m.

The star's watch collection is worth millions
TshisaLIVE
1 year ago

'I be riding gently in my Bentley'- Sizakele Manonga shows off R4.4m ride

According to the company, the Bentley Bentayga Speed is the world’s fastest production SUV.
TshisaLIVE
1 year ago