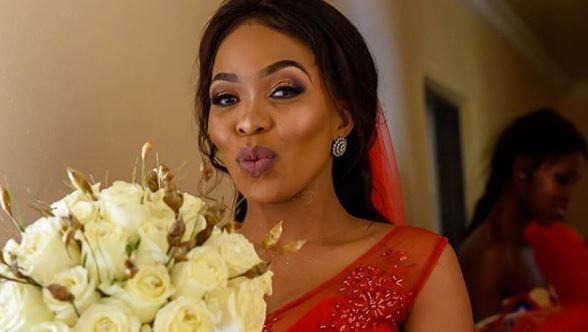 Gospel singer Mmatema Moremi has finally introduced the world to hubby Tshepo ‘Mr G’ Gavu in an all-new episode on her YouTube channel.

While her voice is not making your Sunday full of the spirit of the Lord, Mmatema’s family life has shared love and joy on our Instagram feeds.

This week, the star introduced us to the love of her life, Mr G, on YouTube.

The Gavu family Hope Strength Progress 🤍🤍🤍 new YouTube video is up now , “meet mr G “ link in bio 🤍 Thank you for showing me love Thank you @salisaliphotography for capturing these special moments 🤍

The former Idols SA runner up said that the couple met in 2014 when she was at her first audition and Mr G was the sound engineer for the choir.

According to Mrs G, while they were mid-audition Mr G told his now-wife that she was “too loud’” She said it is an amusing yet fond memory of the day.

Mmatema initially didn’t get a callback but Tshepo remembered that there was a voice missing. With his determination, the star got her big break.

It seems it was love at first sight!

Though there were times when the singer said she felt her relationship was being tested, she knew that Mr G was the one for her.

The pair got married in February 2019, and later welcomed a son, Ethan, into the world.

These celebrity pregnancies had us in our feels!
TshisaLIVE
2 years ago

The songstress can't wait to spend forever with the love of her life.
TshisaLIVE
3 years ago

Mmatema's ambitions to be a triple threat are in full swing!

Mmatema is not here to play... she's here to work!
TshisaLIVE
3 years ago