WATCH | Somizi breaks his silence on alleged 'theft' of TV show idea: ‘Nobody owns me’ 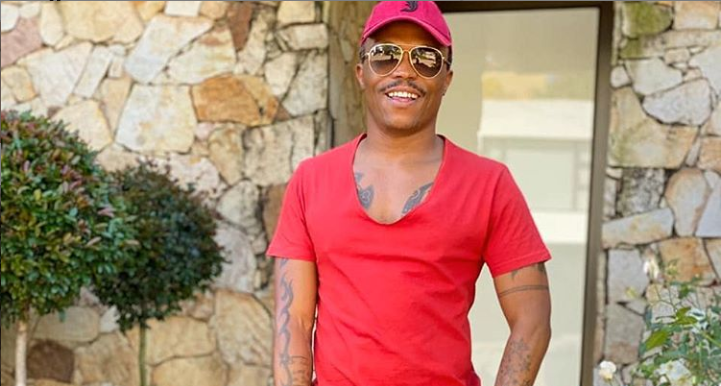 Somizi said he doesn't understand how a cooking show could be classified as an "original" idea.
Image: Somizi/Instagram

Somizi Mhlongo-Motaung has finally broken his silence on claims that he stole the concept for his hit TV talk show, Dinner At Somizi's, saying nobody owns the rights to use his name.

Somizi made headlines earlier this week when an e-mail apparently sent by creative producer Hastings Moeng to Somizi in 2014 went viral on social media. The e-mail outlined an idea for a series with the star that shared many of the same elements as the current 1Magic show.

The TV and radio star took to his Instagram Live on Thursday to address the claims, bringing in several people, including actress Pearl Thusi.

Somizi told Pearl that Hastings approached him verbally in 2013 about a cooking show, but he declined at the time. He said it was only later, when he fell in love with cooking, that he thought about starting his own YouTube channel, and again when Nkululeko “Legend” Manqele approached him about the show.

“I did not steal anybody’s concept and I will never again claim I came up with an original concept. I was inspired by a whole lot of shows.”

Somizi said the concept of his show in general was nothing new.

“The name, Dinner at Somizi's, I was one of the people who suggested the show must have my name in, but anyone can come and say 'this is my idea'. My show is not an original concept.”

Somizi address Dinner At Somizi drama, he claims he never opened the email and they didn't communicate with Hastings. pic.twitter.com/xvC45DOT4w

Somizi denied reading the email from Hasting and claimed he doesn’t handle his e-mails because he has people who do that.

He admitted he knew Hastings personally, and said Hastings should have dealt with the matter differently.

“There are ways of dealing with stuff. Going to the newspaper really won't do much, if anything at all, to get your matter resolved. There are so many ways of sorting things out. He knows me personally and he could have contacted me, as simple as that. We could have maybe had a conversation that could have led us somewhere.”

“Just to make things straight, nobody owns me. Somizi is my name. If you want to do something, do it. You can use any other name. Nobody uses my name.”

I have never opened an e-mail, I ha e nothing to fix pic.twitter.com/9Sth5JEdij

In a letter of demand sent to MultiChoice by Hastings' lawyers, seen by TshisaLIVE this week, it was claimed that a meeting was held between Hastings and Somizi in June 2015 where it was “agreed the idea was commercially viable and should be pursued”.

The letter further claimed Hastings later reached out to Nkululeko to propose a meeting to discuss the show, but this did not materialise.

MultiChoice spokesperson Benedict Maaga told TshisaLIVE it was aware of the allegations and had reached out to Hastings to discuss the matter.

“MultiChoice is aware of the allegations made by Hastings Moeng in relation to Dinner at Somizi’s. When content is commissioned from producers, as in this case, MultiChoice obtains undertakings that all intellectual property rights in relation to the show have been cleared.

Somizi has not responded to the allegation, while producer Nkululeko Manqele said the matter is being handled by his legal team.
TshisaLIVE
1 year ago

".Don't tell me you are straight because no straight, smart guy would be so invested in homosexual sex life," Somizi clapped back!
TshisaLIVE
1 year ago

‘Am I using your grant money?’ Somizi hits back at criticism of him always buying Mohale super expensive gifts

"How can I not choke up watching this? Happy 80th Ma."
TshisaLIVE
1 year ago