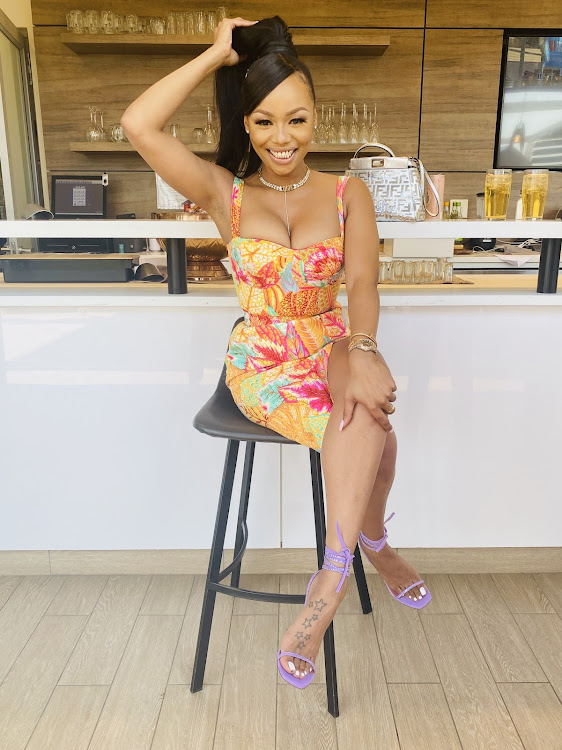 Queen B Bonang Matheba has just released her latest addition to her champopo range and the House of BNG Nectar launch party was the definition of lit!

SA’s Queen B has been making waves in the alcohol business for two years. From her original House of BNG sparkling wine being sold out on the first day of its launch to being Woolworth’s number 1 selling MCC, the girl has been killing it.

Queen B celebrated the launch of BNG Nectar with an intimate brunch, attended by invited guests and media. The drink dubbed ‘SA's first true sparkling wine in a can’ is a refreshing bubbly all-affair sort of drink.

The launch with a stunning view of Johannesburg was in Bonang’s fave colour pink scheme with a dash of lavender, filled with her MCC brut and flowers for the added Queen-B flair.

....Introducing, my new baby- BNG Nectar!! One of SA’s first true sparkling wines in a can....🥂😍💐 Get ready to turn ANY location, into an occasion!! Available at @woolworths_sa stores NATIONWIDE! #BNGNectar #HouseOfBNG @houseofbng pic.twitter.com/tGzmxv34cH

Queen B has made her official grand entrance with a twirl for the crowd #HouseOfBNG 🥂 pic.twitter.com/RguacdkTwO

Guests were welcomed with her BNG nectar and brunch on the house.

Riky Rick, Major League DJz, Mihlali N, Tshepi Vundla and Pinky Girl were just some of the stars in attendance.

Bonang was lavishing in her success and made sure to let everyone know that her new drink will bring a celebration to any occasion.

“I’m so excited about The House of BNG’s growth as a brand and in its innovation of new products. BNG Nectar is for my sort of lifestyle! It’s perfect for adventure and on-the-go celebrations and brings a touch of luxury and celebration to any occasion,” said Bonang.

Your 4 pack single serve #BNGNectar Blanc, is gorgeously packed and conveniently transported to your next celebration! #HouseofBNG pic.twitter.com/d63OPvzTiX

Congrats on your new product, B! that sparkling wine has December party vibes written all over it.

Basically, B was like: "This is my oxygen y'all been breathing and I'm taking my sh** back!"
TshisaLIVE
1 year ago

Is Bonang's House of BNG champagne sponsoring the presidential inauguration or nah?