Brenda Ngxoli feels at home on 'The Queen', thanks to Loyiso MacDonald 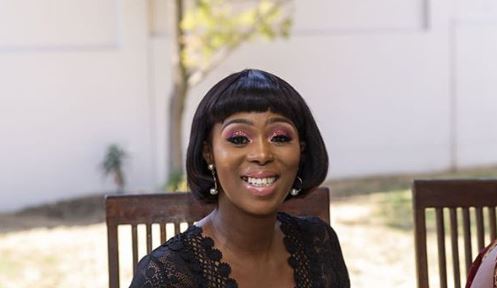 Actress Brenda Ngxoli is feeling at home on the set of Mzansi Magic’s 'The Queen'.
Image: Brenda Ngxoli/ Instagram

Veteran actress Brenda Ngxoli is starting to feel at home on the set of The Queen, all thanks to fellow co-star Loyiso MacDonald.

The actress, who recently joined the show as Nomaprincess, expressed how welcomed she felt by the cast and crew members, especially Loyiso.

To show how grateful she was, Brenda took to Twitter and thanked Loyiso for being a “gentleman with a great sense of humour” and for being supportive on set.

In her tweet, Brenda stated how Loyiso's jokes cracked her up just before takes while he manages to remain “serious” and act out his role.

“What a warm, supportive and professional welcome my fellow actors and crew have given me.”

Loyiso McDonald needs no Intro. A Gentleman with a Great Sense of humor. His jokes just before a take leave you fluffing abe eSirriuus ke yena uBafo.What a warm Supportive and Professional Welcome my Fellow Actors and Crew have given me😘🇿🇦 #TheQueenMzansi pic.twitter.com/W54r2Vd41X

This is not the first time Brenda thanked the telenovela team.

In September, Brenda praised the Fergusons for giving her a private dressing room for the first time in her 15-year long acting career.

“With more than 15 years in the industry, I can finally say I have my own dressing room. This is a first for me.”

In March, Brenda revealed she was glad to be back in the city of gold after packing her bags and returning home to the Eastern Cape for seven years in search of inner peace.

Due to the nature of showbiz, Brenda decided to leave the hustle and bustle of Joburg for her home, Xolobe Village in Tsomo, where she spent her days as a herdswoman.

While people thought she was down and out, the actress told Move magazine the break gave her a lot of time to introspect and for privacy and self-love, which got her to where she is today.

“From the age of 21, I have been shoved in the spotlight. That has been kind of difficult. In this industry at that age, it is either you grow up too fast or find yourself living according to what might be thought to be okay by others.

“I think for the first time I really just want to feel like I am just living. I just want to live and be happy. Leaving was all about being able to really take care of myself,” she told the magazine.

The real Pearl Thusi is back!
TshisaLIVE
1 year ago

"bring a celebration to any occasion" House of BNG know how to throw a party!
TshisaLIVE
1 year ago

Halala! DJ Zinhle scoops Pan African Artist of the Year at the NAMA

We stan a queen that keeps winning!
TshisaLIVE
1 year ago

"I am actually now trying to chase the avatar. I actually said if I could turn this body blue I would do it,” said Khanyi.
TshisaLIVE
1 year ago