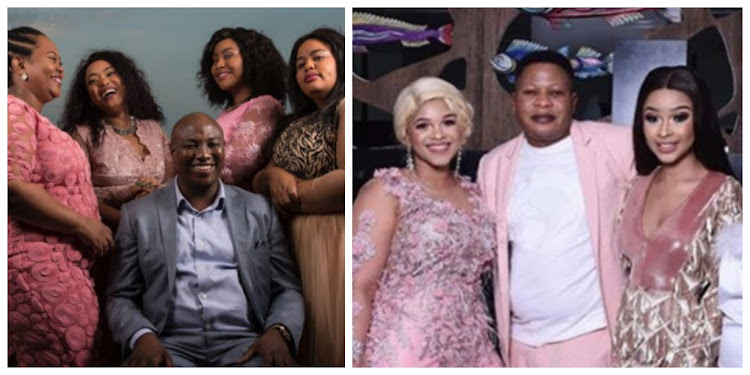 While popular polygamist Musa Mseleku has been SA's fave since the first season on his polygamy-themed reality show Uthando Nes'thembu, 2020 brought about a different kind of vibe for the man who encountered a lot of criticism and even got himself a “rival”.

His stint as a presenter of a rather controversial polygamy-themed reality show, Mnakwethu, as well as some of the comments he made on that show and his own reality show, saw Musa lose favour with a couple of fans.

Even celebs including Simphiwe Dana criticised Musa for what they felt was his contribution to women being oppressed and humiliated for entertainment on TV.

When the dust settled, his fans came for him for his approach to dealing with MaKhumalo's inability to bear children. Then while still dealing with that drama, Mzansi's newest reality TV polygamist Lucky Gumbi ignited rumours of a beef between himself and Musa.

Earlier this year Musa spoke to TshisaLIVE to set the record straight.

Here's a recap of that below:

Uthando Nes'thembu's polygamist Musa Mseleku has shut down rumours about a 'beef' with latest reality TV polygamist Lucky Gumbi, saying he has no time for “made up rivalries for PR”.

The Mzansi Magic reality TV star, who is married to four women — MaCele, MaYeni, MaKhumalo and MaNgwabe — told TshisaLIVE in an interview that he didn't understand why there were reports saying he's beefing with Lucky.

“First of all, I don't even know the guy. I have never met him nor knew anything about him until a journalist called me saying he's said things about my reality show. Next thing I knew there were reports saying there's a rivalry between us but how can a person I don't even know be my rival?” Musa asked.

Musa, whose reality show is now in it's fourth season, said he didn't want to say anything else about Lucky, lest he “only serve to give his show publicity”.

Lucky, who is a KwaZulu-Natal mining magnate and a polygamist himself with two wives, has a polygamy lifestyle-themed reality show, The Gumbis, set to premier on SABC1 next month.

Here's a trailer to the upcoming SABC1 reality TV below:

Mseleku wasn't the only one who had to put brakes on “beef” rumours with the Gumbi guy, even DJ Tira had to do the same. This after Gumbi in the second episode of his reality show said he doesn't “like” Tira because apparently the DJ thinks he's superior.

Responding to the jab — which Tira said was absolutely unprovoked — the DJ set the record straight by saying he doesn't even know the guy.

“I’ve no idea who this man is. I don’t remember engaging with him. I don’t want drama in my life. And if ngamdelela ngiyaxolisa, nganginga qondile (If I disrespected him, I apologise. It was not my intention)."