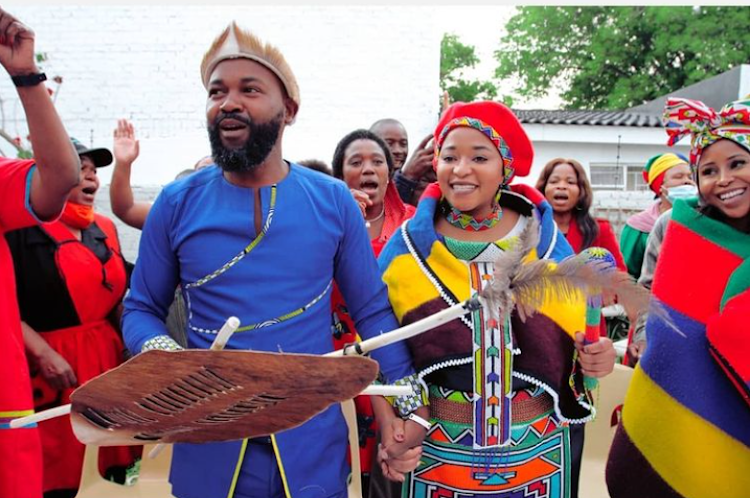 Just a few months after tying the knot, Skeem Saam actress Pebetsi Matlaila has announced that she and hubby are expecting a baby.

Pebetsi got married late last year in a beautiful traditional ceremony and just months later, her marriage has been blessed with an additional member to the family. The actress, revealed her baby bump with a cute Instagram video on Monday.

The smile on her face said enough about the joy she must be feeling, but just in case it wasn't obvious, Pebetsi wrote a brief caption, expressing her excitement over the bundle of joy she's carrying.

“Been waiting for this for a long time. Number two. #blessed! was not sure if I was still capable. But then God said yes,” Pebetsi said.

Watch the cute preggie reveal below:

Pebetsi's wedding left many of her fans pleasantly surprised, as just weeks earlier the actress had made headlines for “questioning” the institution of marriage.

However, that didn't stop her fans from being happy to share in her big day, even though it only virtual.

Taking to her Instagram, Pebetsi shared a heartfelt thanks to all those who made her big day special.

“I just want to take this moment to thank everyone who came from near and far to make this day special for me and my new family. Despite the last minute invite (three days before the event to be precise) the real Gs pulled through. So blessed to have family  or relatives like the ones I have,” she said.

SNAPS | Inside 'Skeem Saam' Pebetsi Matlaila's big day and all her feels!

Pebetsi Matlaila does not want to hear your life story when you meet her for the first time ...
TshisaLIVE
1 year ago