“A petition, drafted by artists, requesting the removal of the Minister of Sport, Arts & Culture following his inability to deal with how Covid-19 has impacted our sector.” 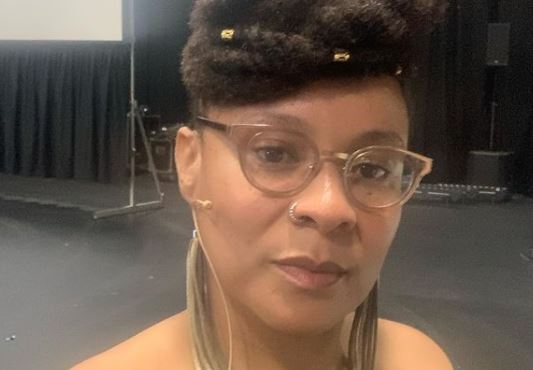 Poet and activist Lebo Mashile is one of the artists at the forefront of a petition that pleads for the removal of sport, arts and culture minister Nathi Mthethwa, called #NathiMustGO.

The poet, who has through the years lent her voice to initiatives to protect the rights of South African artists, has taken to Twitter to express how the minister has apparently failed people in the entertainment industry during the Covid-19 crisis.

In a tweet attached with a petition link, Lebo explained that it was drafted by artists who were requesting the removal of the minister due to his “inability to deal with how Covid-19 has impacted their sector”.

A petition, drafted by artists, requesting the removal of the Minister of Sport, Arts & Culture following his inability to deal with how COVID has impacted our sector.#NathiMustGo https://t.co/gEYLLfHJTH

Launched on Tuesday afternoon, the online petition has been signed by more than 200 artists from different aspects of the entertainment industry.

Speaking to TshisaLIVE, another artist who is in charge of the petition, Gregory Maqoma, explained that it had been drawn up due to the minister's failure to help adequately fund artists during the hardships of the pandemic.

In a statement provided to TshisaLIVE, Gregory said artists who have signed the petition were calling for Mthethwa to resign by January 31. Failing this, they called upon President Cyril Ramaphosa to replace Mthethwa in February.

The statement further read that on January 15, Minister Mthethwa tweeted “South African theatre is alive and well with performing arts institutions of the department such as @ArtscapeTheatre, @MarketTheatre, @PACOFS3, @DurbanPlayhouse, @statetheatre and @WindybrowTheatr (sic) offering an array of indigenous drama and dance etc.”

However, the artists leading the petition beg to defer.

“Not only is this tweet patently untrue – these theatres have generally had dark stages for months due to lockdown regulations, with some offering filmed recordings of productions – the tweet (now removed) reflects how ignorant the minister is of the theatre landscape in the country and underscores his lack of understanding of, and empathy with the enormous losses within the arts sector over the last ten months.

“We wake up almost daily to reports of artists – including many theatre and dance practitioners - having succumbed to Covid-19. Many more have lost family, friends and colleagues which has impacted adversely on their emotional wellbeing.”

Gregory said the relief funding made available by the department – while welcomed – came with bureaucratic hoops that excluded many and was simply a drop in the ocean in terms of the needs within the sector.

He said they were not calling on the minister to resign or to be replaced simply because of his insensitive tweet, but because the tweet reflects their long experience of the minister as “incompetent, aloof and out of touch”.

When approached for comment, Mthethwa's spokesperson, Masechaba Khumalo, stated she had noted TshisaLIVE'S enquiry and would respond accordingly within the next 48 hours or sooner.

This article will be updated when that comment is received.

"We need to create a culture where victims are provided with support at multiple levels," wrote Lebo.
TshisaLIVE
3 months ago

Lebo Mashile has touched on "toxic entertainment" and called out Lebo M in the process!
TshisaLIVE
4 months ago

"Helen Zille has never been the woman she thinks she is."
TshisaLIVE
4 months ago
Next Article