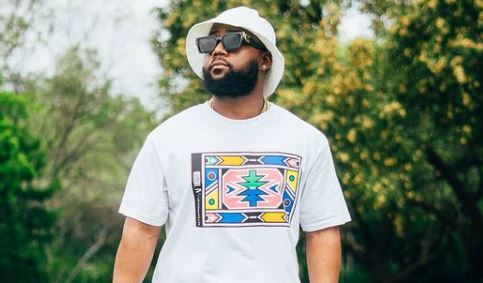 Cassper is tired of chatting about his 'upcoming' fight with rival AKA.
Image: Refiloe Phoolo/ Instagram

Musician and rap giant Cassper Nyovest has admitted that the back and forth surrounding his ring fight with AKA has become boring.

It seems like the regular scheduling of the Cassper-AKA pregame show has been put on pause. Cass is simply done talking about it!

Taking to Twitter, the Doc Shebeleza hitmaker told his followers that he is aware that they are tired of hearing about the SA hip-hop showdown with the date still TBD.

“Enough about the fight, I know it's boring now,” he tweeted.

He wants fans to draw their attention to his new releases and projects this year. Cassper even teased that a project of his will be released sooner than fans know it!

The star says 2021 is helping him towards becoming the first billionaire in the SA hip-hop industry.

“I got a dope project I'm working on. A first of its kind. Might be ready 1st quarter of the year. Another step in the direction of becoming South Africa's first Hip Hop Billionaire. We thinking outside the box. Super excited!," he wrote.

Enough about the fight, I know it's boring now. I got a dope project I'm working on. A first of its kind. Might be ready 1st quarter of the year. Another step into the direction of becoming South Africa's first Hip Hop Billionaire. We thinking outside the box. Super excited!!!

With some fans still with the match on their mind, here are some of the responses to Cassper's decision to not talk about it all:

Also like I said, all AKA does is talk kak. He can't really taunt anymore. He swears more than actually doing proper dissing on Twitter. And he only talks at certain times prolly when the snow kicks in. Hai no AKA must be straight bout the fight or try fill up another auditorium pic.twitter.com/GjnAQHLDyN

You're a business man more than anything, a true hustler. I believe you gonna be a Billionaire 🤞I'd love a follow back though ❤️ pic.twitter.com/lNeRTtPB1U

I like it when you working on business and building ur business portfolio. Please focus on that. The fight I’m not looking forward to it that’s why I don’t comment on it

AKA probably heard your lines on Nokuthula where you said

The Mufasa i know back with a hundred caskets ❤️🔥🔥 pic.twitter.com/uI01Qr0FD0

Cassper took to the TL recently to publicly call out AKA for supposedly not signing the contract for their much-anticipated match.

After AKA deleted a tweet with a photo of the contract, Cassper called out the star for “backing down”.

“What did I say? Tweet deleted, tail tucked back into the ndono. All talk! No action!” said Cassper.

Cassper on why he will be taking the vaccine: 'I am going to do what I am told to do'

"Do I have a choice my friend? In the bigger picture, I'm just a civilian like you."
TshisaLIVE
10 months ago

"What did I say? Tweet deleted, tail tucked back into the ndono. All talk! No action!"
TshisaLIVE
10 months ago