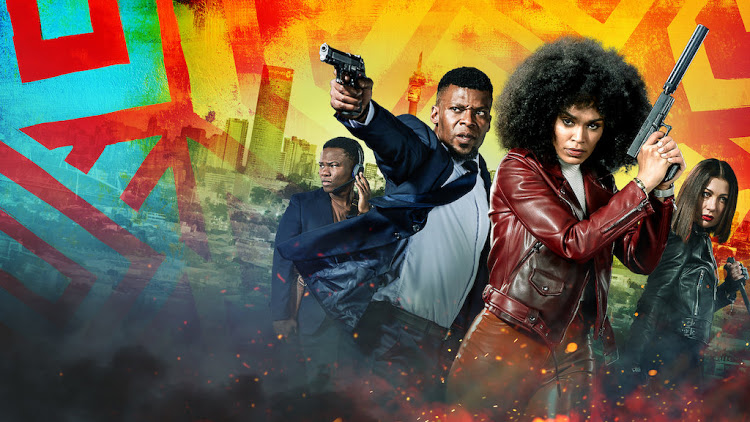 Twitter has decided on which SA Netflix original has won their hearts!
Image: Supplied

This week, Twitter has been divided on the favourite Netflix SA original: Queen Sono or Kings of Joburg?

In this week's episode of “who's your fighter?", the popularity of the two hit series, Queen Sono and Ferguson Films' Kings of Joburg, has sparked a debate online with fans.

It all began when a fan recently started a petition to bring back SA's first-ever Netflix hit, Queen Sono. In November last year, Netflix SA confirmed that the show would not be renewed for a second season.

However, dedicated fans were definitely not on board for the cancellation. A petition was started on change.org to help bring back the show that started it all. Actress Pearl Thusi came across the petition and is in full support of the plan for Queen Sono season 2.

“I’m actually going to follow everyone who shares this because this type of love is unbelievable,” Pearl tweeted.

And the Netflix binge-watching sesh didn't end there. A tweep decided to ask the fans which show is their favourite: a like for Queen Sono or a retweet for Kings of Joburg.

Though it seems Kings of Joburg has won this round, the comments were full of conflict.

It seems as if Twitter was split, with heated conversations and arguments happening in the replies.

Visually Queen Sono is definitely breathtaking but the storyline, acting and everything else goes to Kings of Joburg https://t.co/ESS0yp27jA

You can't compare Kings of Jo'burg with this rubbish. https://t.co/apc3pciugO

I rather stick to Isibaya. https://t.co/CPW9OZd9YH

'Just signed Pearl Thusi's petition at the end of the day, it's us all we got this black on black hate must end is time for a new era'
TshisaLIVE
4 months ago

Crime, brotherhood and a legacy: Mzansi is living for Shona and Connie Ferguson's latest hit series.
TshisaLIVE
6 months ago