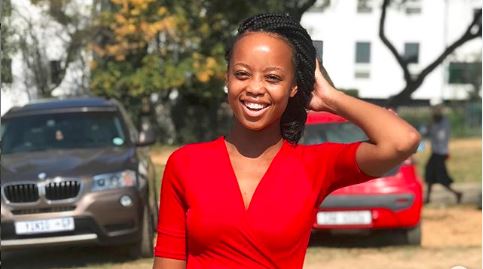 Ntando Duma offered to pay for a fan's visit to her hairstylist.
Image: Instagram/Duma Ntando

Actress and entertainer Ntando Duma has offered to help out a fan who tried to copy her hairdo and failed miserably.

It all started when the fan shared a post on Twitter about how she went to her hairstylist to get one of Ntando's signature styles and ended up with something she didn't like.

Catching wind of the tweet, Ntando told the fan that the hairstyle was not as bad as she thought it was.

The actress said she would personally make sure that her hairstylist did it for her and she would pay for it.

“I'm not laughing cause it's not even that bad. But, can I offer to take you to my stylist and pay for it at least?” asked Ntando.

Ahh Mama.😂 I’m not laughing cause it’s not even that bad. But can I offer to take you to my stylist and pay for it ke atleast?♥️ https://t.co/vetsWBnOVk

This is so sweet. ❤️ pic.twitter.com/iGZRjyfqb4

May God bless you😭

WATCH | Ntando Duma pranked daughter Sbahle & her response is everything!

"You need to cover your mouth!" said Sbahle.
TshisaLIVE
1 year ago

WATCH | This reading lesson from Sbahle Mzizi is totally adorable!