Lebo Motsoeli: ‘I can’t believe this guy dribbled me into marrying him’ 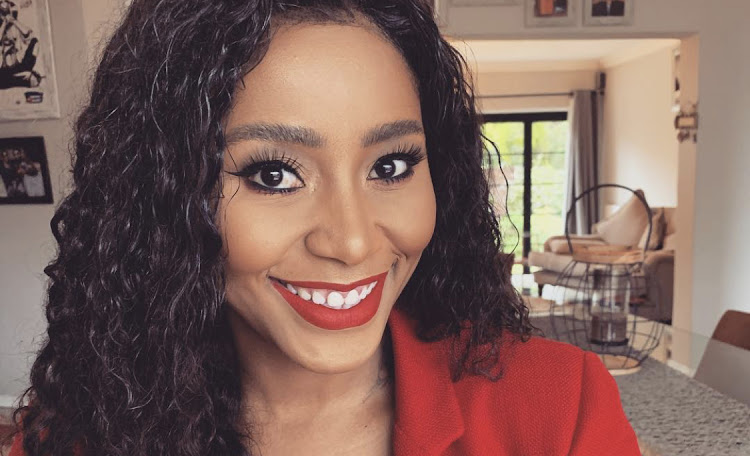 Seasoned broadcaster Lebo Motsoeli is officially off the market.

The sport presenter took to Twitter to announce she had taken her relationship to the next level and was now a Mrs.

Sharing her good news, Lebo wrote in her tweet: “I can’t believe this guy dribbled me into marrying him.”

Whose that lucky guy Lebza ?

Although she didn’t reveal much about her “dribbler”, Lebo expressed in a conversation with her industry mate and friend Motshidisi Mohono that she was a “gone girl”.

This is not Lebo’s first marriage. In 2012, she married to sports commentator Sizwe Mabena but they divorced a year later.

In an interview with Drum magazine, Lebo said many factors contributed to the end.

“I can’t really pinpoint one, but among them was not putting family first. There was also a breakdown in communication. It was eventually a case of either sink or swim, so I chose life.”

Lebo told the publication it was hard to tell her parents that it was over between the couple.

Is this what we think it is? Somizi's new restaurant?
TshisaLIVE
4 months ago

"God was generous indeed with you, we had you for close to 100 years."
TshisaLIVE
4 months ago

“I feel like when I am quiet, they win in the court of public opinion by ruining my reputation and painting me to be a person I am not. I can no ...
TshisaLIVE
4 months ago

Lerato, founder of Flutter by LKG, has been empowering girls across SA!
TshisaLIVE
5 months ago