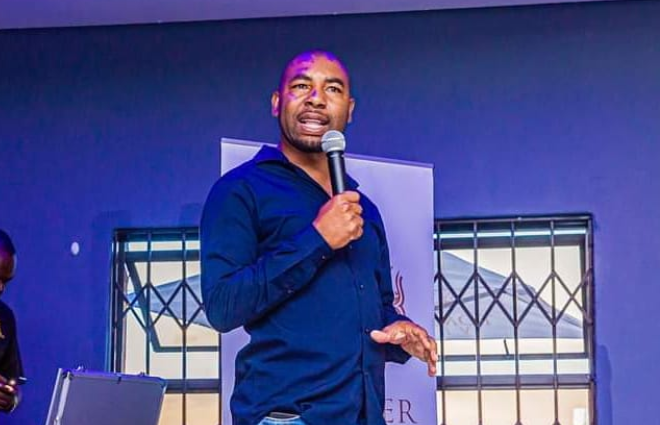 The reality show  Date My Family has been around long enough for viewers to know not all bachelors have pure intentions for being on the show, and that was the case on Sunday as tweeps struggled to figure out Vusi's real motives.

The show, which is in its eighth season, helps pair bachelors and bachelorettes who are looking for partners in love with potential matches.

Over the seasons viewers have figured out some bachelors and bachelorettes have ulterior motives for calling on the show for help. Their motives range from going onto the show to enjoy the food to people trying to get advertising for their hustles.

This week's bachelor, 30-year-old Vusi Mongwe, seemed to be pushing his stand-up comedy career on the show. Viewers who got Vusi's sense of humour enjoyed his punchlines and comic style and found themselves “dead with laughter”. Some tweeps even asked Vusi to think about comedy as a career, especially he gave dubious answers when asked what he does for living.

Others found his humour “dry” and didn't believe he should quit his day job, if he has one. Some family members of his potential dates took offence at his jokes.

It was his comedy and car brand jumpsuits that left tweeps in stitches.

When I saw him put on that Green Jump suit I knew then and there that today's #DateMyFamily was going to slap! 😂😂😂😂😂😂😂😂😂😂 #dmfmzansi pic.twitter.com/eEJQKV9RyT

#DateMyFamily This was the best episode this year so far Vusi is the comedian he thinks he is 😂😂😂😂😂😂 pic.twitter.com/2uvcbRpvvr

#DateMyFamily
At this rate, Vusi will be wearing this on the final date pic.twitter.com/sxS1Kx8hpG

Bathong Vusi, did I not burst also. That laugh#DateMyFamily pic.twitter.com/tbERbkhURV

I've got a new line for when I'm unemployed and people ask what do I do for a living. 😂😂😂😂😂😂😂😂😂😂 #DateMyFamily #dmfmzansi pic.twitter.com/p1mu4ECtgF

I think Vusi is not here for this ladies, he's just here to market his "comedy" on this show #DateMyFamily pic.twitter.com/uDS0vLPL1d

Yah no, Tshepiso must have practised that impersonation multiple times!
TshisaLIVE
1 year ago

IN MEMES | Forget the 'DMF' bachelor, viewers want beautiful Angie & squad for themselves

Angie's squad was filled with nothing but FLAMES!
TshisaLIVE
2 years ago

IN MEMES | Twitter wants #DMF’s Moratuwa & Simon to have their own reality show!

Those two are ENTERTAINMENT goals for days!
TshisaLIVE
2 years ago