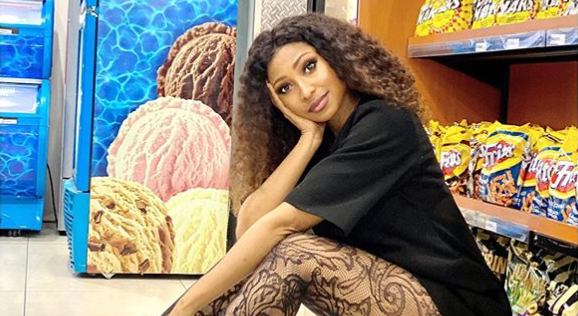 While the date of the finale of Isibaya remains unconfirmed, the cast and crew members of the much-loved drama have taken to their social media platforms to bid farewell to the show.

After months of speculation in 2020, Mzansi Magic finally confirmed last month that Isibaya will be coming to an end sometime this year.

In a statement provided to TshisaLIVE, the channel director for local entertainment channels at M-Net, Nomsa Philiso, said: “It's always sad when a show that was popular and loved ends, as it is the case with Isibaya.”

When the news was confirmed, fans of the drama were heartbroken by the news, and the dramatic episodes signalthe end is near.

“I joined later in its conception but I learnt so much. What a crazy ride,” the actress wrote on Twitter with heart emojis.

Enhle played the role of Siza and brought a whole lot of drama when she pitched up at eBhubesini.

I joined on later in its conception but I learnt so much , what a crazy ride.❤️❤️❤️ @O_GrandJo ( Bomb production) thanks for the lessons. pic.twitter.com/IegqN9SMHG

Actor Sdumo Mtshali, who has been playing the beloved character of Sbusiso on the drama since the beginning, took to his Instagram to thank the production and veteran actor Bheki Mkhwane, who played his father for eight seasons.

"Eight seasons playing father and son! Eight seasons constantly teaching our audience about the importance of family, culture and black love! One of my grateful career moves of all time. Thank you Bheki Mkhwane," he said before expressing his gratitude to all stakeholders.

Actor and writer Chris Q Radebe posted on Instagram to thank his cast and crew mates for the amazing experiences.

Chris has penned several heartwarming posts individually praising his colleagues and thanking them for their contribution to the production and to his life personally.

The actor, who plays Dabula, has also expressed his desire to work with the actors of Isibaya in different productions going forward.

“This image is a dream for me because I love every last one of these gents. It’s the camaraderie for me. People who just want to work and have fun while they do. My new dream? To do something outside Isibaya with all of them,” he said.

Read some of his most heartwarming posts below:

It’s official: 'Isibaya' has been canned!

"It is a great opportunity for Black Brain to broaden its base and creativity..."
TshisaLIVE
1 year ago

People love to hate him as King Dabula on 'Isibaya', and he loves playing the bad guy!
TshisaLIVE
1 year ago

‘Her smile would light up the space around her’: Menzi Ngubane mourns Lindiwe Ndlovu's death

‘My heart is heavy’
TshisaLIVE
1 year ago

"Isibaya as a world is a toxic masculine world. We can’t deny that, but the trends globally are changing, where women are taking the centre stage and ...
TshisaLIVE
1 year ago