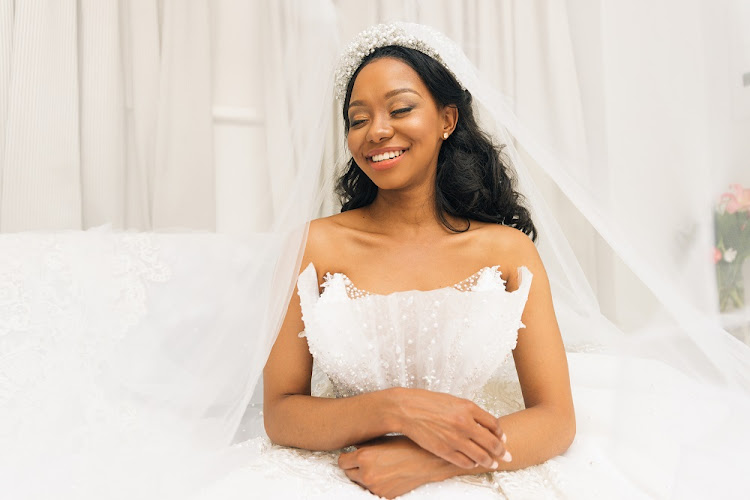 Larona Moagi, who played Tumi Mokoena, has died in the popular soapie 'The River' on 1Magic.
Image: Pixel Kollective

After being a part of three entertaining seasons of The River, newcomer actress Larona Moagi's time as Tumi Mokoena has come to an end, sparking different reactions from viewers of the popular telenovela.

Larona is one of the faces who represented Tshedza Pictures' attempt to #OpenUpTheIndustry, and viewers have watched her grow with the character whose journey began at the very beginning of the story.

The actress played Tumi, a character both hated and loved by fans of the telenovela. From her initial tomboyish attitude as a car mechanic to almost being murdered by a woman she would later discover is her birth mother, Tumi went through a lot of ups and downs in the story as she brought Tumi to life.

It can't be left unsaid that many fans believed the role was too big for the novice. However others appreciated and enjoyed watching her grow with the role. For playing Tumi, Larona has suffered a lot of cyberbullying on social media, but she was took to Twitter to thank the fan base.

“It's a wrap! RIP Itumeleng Mokoena/Dhlomo/Dlamini etc etc.  Thank you to @TshedzaPictures for granting me this opportunity. Thank you to everyone who walked this journey with me. God bless see you on the flip side,” she said on her Twitter.

iiiiiiisaaa Wrap! RIP Itumeleng Mokoena/Dhlomo/Dlamini etc etc ❤️😂
Thank you to @TshedzaPictures for granting me this opportunity. Thank you to everyone who walked this journey with me. God bless 🌸 see you on the flip side 😉 pic.twitter.com/BNseQPWjhI

Fans of the telenovela were super thrilled about the epic showdown that happened and even happier that it wasn't Lindiwe who died, as they initially feared. They praised the cast and crew for a job well done.

There are viewers who believe Tumi is not dead and that she may eventually return to the telenovela.

Fans have praised the writers for keeping the suspense alive.

Check out the memes below:

Trust @TshedzaPictures to make you extremely happy today then break your heart the very next day. What kind of a love is this? But then again, this is what we call exceptional and excellent storytelling! #TheRiver1Magic pic.twitter.com/znZdH4QefA

Not you not Sis, poor girl has even muted comments now, the cyber bullying is on another level, sad to see that most of the hate is coming from women 🚮

Still trying to process the opening scene of #TheRiver1Magic season 4 premiere. I don't know if I'm strong enough to go all the way. 🤯🙆‍♂️🙆‍♂️ I can honestly say with confidence that The River is a tier above. It's next level. It's incomparable. It's... riveting. pic.twitter.com/MykB7SOQpN

I'm gonna take a break from watching #TheRiver1Magic cause it's not gonna be the same without Tumi Shem...😒

Tumi had gotten on my nerves. I'm glad Lindiwe did what she does best. Mabutho will find another girlfriend. Anyway, Season 4 here we come #TheRiver1Magicpic.twitter.com/aGLqUp5emG

That wedding was a sight to behold fam!
TshisaLIVE
9 months ago

Eintlik the Mokoena household is LIT!
TshisaLIVE
9 months ago

Fans have been waiting for this moment for a long time and now it's about to get tricky but litty!
TshisaLIVE
10 months ago

What a tricky situation!
TshisaLIVE
1 year ago