#ZolaniandEmmaWedding may be the TV wedding of the year, and it’s only February! 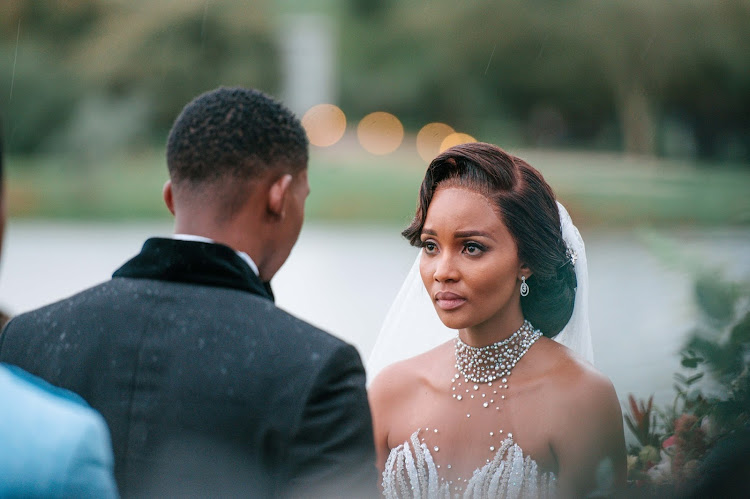 The River's Zolani and Emma finally made it down the aisle and their wedding was one of the most beautiful TV moments for fans that they literally can’t stop tweeting about it!

Everybody who has watched the 1 Magic popular telenovela knows they go all out when they do weddings, and last night's wedding  reminded tweeps that “nobody does a wedding like The River”.

It wasn't just the fact that the dramatic and emotional storyline had reached a climax fans have been waiting for. The episode was also super impressive for how they pulled off the execution of the whole thing. Not only did the cast come through with the emotions  — Zolani's vows had tweeps weeping — but make-up and wardrobe also did the things because the cast also looked amazing in designer dresses and suits.

The production pulled out a typical high-end wedding that was definitely “Top Billing worthy” for the TL.

The wedding was shot on location at a lodge in Limpopo and even the cast of Muvhango honoured the invite. It was truly a star-studded event and fans were convinced no budget was spared for the wedding extravaganza.

Viewers, actors and industry commentators had nothing but praise for the cast and crew who pulled up their very best for the season finale

Here are some of the reactions from the TL:

I woke up still thinking about #TheRiver1Magic. That’s how you do a wedding! I love how the team always pay attention to detail. From day one. I look forward to the season finale and the start of season 4.

No telenovela does it best with weddings here in SA... The river should be international ❤️❤️❤️❤️❤️ #TheRiver1Magic

"Who do you report it to that isn’t corrupt themselves?" asks Linda.
TshisaLIVE
11 months ago

Eintlik the Mokoena household is LIT!
TshisaLIVE
11 months ago

Fans have been waiting for this moment for a long time and now it's about to get tricky but litty!
TshisaLIVE
1 year ago

IN MEMES | Emma is back, pregnant and causing havoc on 'The River'

Emma is basically back to start World War III with Lindiwe...
TshisaLIVE
1 year ago