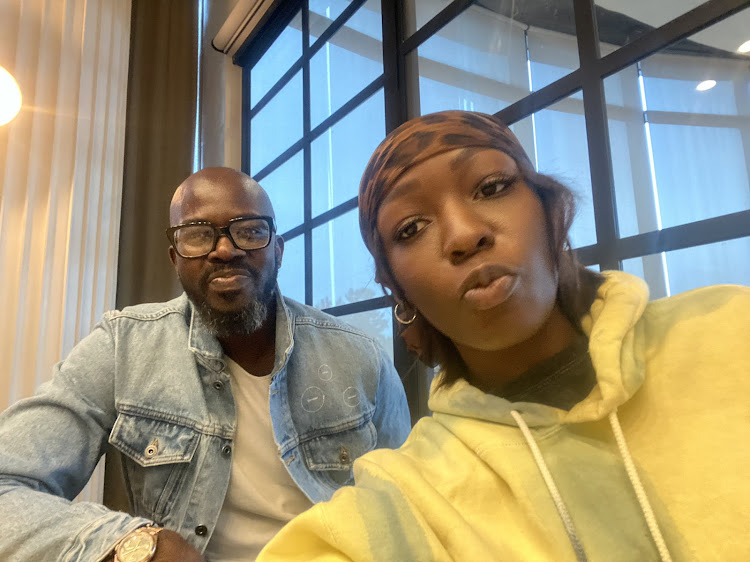 With a career that has blossomed at supersonic speed, social media sensation and Kenya-born Elsa Majimbo is a star by all counts and so it was no surprise that she got DJ Black Coffee’s stamp of approval when they met earlier this week.

After having announced that she planned on coming to SA as soon as she can, the social media star finally touched down in Mzansi and she got to mingle with some of the biggest stars we have on home soil.

The Fendi ambassador - who has been chatting in the DMs with Rihanna - was spotted with DJ Black Coffee and South African television personality Olwethu Leshabane, thanks to the socials.

Black Coffee sang her praises — using her own famous line — on Twitter and Elsa, who is clearly a fan of the DJ, was evidently besides herself with happiness to meet the world-renowned star.

The details of why Elsa is in Mzansi have not yet been made public but sis has been securing the bag hard and her fans in SA have already predicted that she's about to announce a local bag she's snatched!

The Kenya-based comedienne catapulted into a social media sensation during the initial Covid-19 lockdown stages when she posted brief videos of herself on Twitter, TikTok and other social media platforms.

Her hilarious and relatable content went viral globally and here in SA sis was an instant hit and regular on people's WhatsApp status updates.

In 2020 Elsa was awarded “Entertainer Of The Year”, by GQ SA at the Men of the Year Awards. She also worked with some local brands and her videos have been featured on Comedy Central several times.

She’s received praise from the likes of Lupita Nyong’o, Miss Universe Zozibini Tunzi, Snoop Dogg and Cassper Nyovest. The 19-year-old also has endorsements with MAC Cosmetics, Rihanna’s Fenty, MTN and recently unboxed a gift from Queen B herself with the latest Icy Park drip.

There is no stopping Kenyan internet sensation Elsa Majimbo as she has bagged yet another collaboration, this time with Fenty Beauty, a brand owned ...
Lifestyle
6 months ago

Elsa Majimbo has thanked her supporters after she bagged the E! People's Choice award.
Lifestyle
5 months ago