Movie has won a string of international awards and gained widespread acclaim around the world, particularly for its star 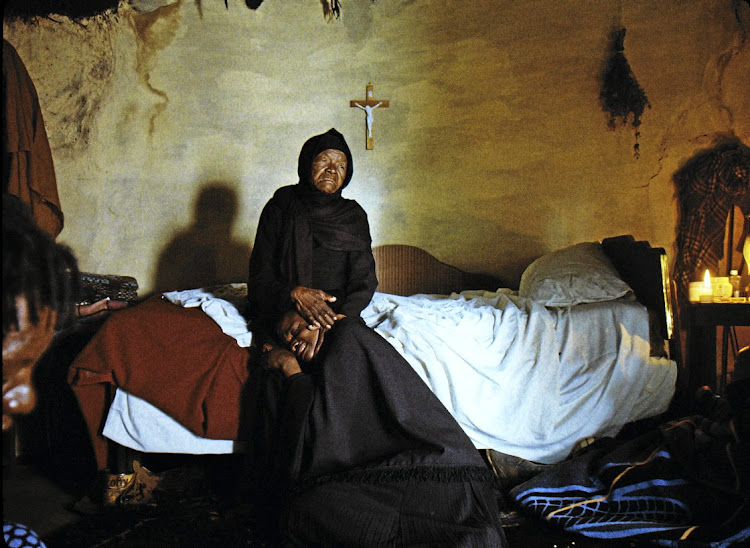 Mary Twala played the lead role of the widow Mantoa in the film ‘This is Not a Burial. It’s a Resurrection’.
Image: Supplied

After wowing audiences at international film festivals and scooping multiple awards, This Is Not A Burial, It’s A Resurrection, the film starring the late iconic actress Mary Twala, opens in cinemas across SA in May.

The film, the last one in which Somizi's mother acted before she died, is directed by Lemohang Jeremiah Mosese and was the first film from Lesotho, made by a Mosotho filmmaker, to screen at an international festival.

The film has won a string of international awards and gained widespread acclaim around the world, particularly for its star.

The veteran actress died in a Johannesburg hospital in July 2020 after falling ill. She had been in and out of hospital for several months.

Her work on the film, which was her "swan song", has been celebrated worldwide.

Mary's son Somizi expressed pride in his late mother when she bagged an award.

Taking to his Instagram at the time, Somizi likened his mother's life to that of other great women such as Winnie Madikizela-Mandela when he said: “She didn't die. She multiplied. She stays winning.”

Watch the trailer below:

The visually striking drama, set in the mountains of Lesotho, opens with an elderly widow named Mantoa (Mary Twala) grieving the loss of her son.

Determined to die and be laid to rest with her family, her plans are interrupted when she discovers the village and its cemetery will be forcibly resettled to make way for a dam reservoir. Refusing to let the dead be desecrated, she finds a new will to live and ignites a collective spirit of defiance within her community.

For director Lemohang Jeremiah Mosese, the film is deeply personal.

“When I was a child, my family was evicted from our home,” he says.

“My grandmother’s village is undergoing forced resettlement right now. My experience of displacement has significantly impacted who I am and how I see the world. Urucu believed in me from the beginning and Cait’s passion was the driving force behind ‘Resurrection’.”

OPINION | SA is finally making waves internationally, but we need to celebrate our own wins first

African artists shouldn't need international acclaim to get the praise they deserve.
TshisaLIVE
1 year ago

"She didn't die ... she multiplied ... she stays winning," a proud Somizi said
TshisaLIVE
1 year ago

The star's 'swan song' will be the first film shown at this year's Durban Film Festival.
TshisaLIVE
1 year ago

"I have all the rights to brag about the queen that is my mother. What a way to exit mother earth. 60-year career, nogal."
TshisaLIVE
1 year ago