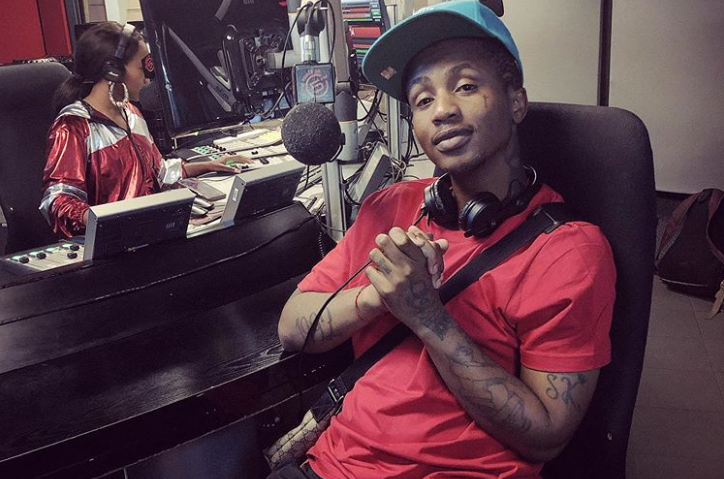 Emtee has hit back at Big Xhosa after he came for the SA hip hop community.
Image: Emtee's Instagram

Emtee has responded to rapper Sesethu Myeki aka Big Xhosa’s dig at some of SA’s biggest rappers.

After young Eastern Cape rapper Big Xhosa released his now viral song Inyile, the SA hip hop world has been hot under the collar about his says on the giants.

In the diss track, the relatively new rapper came for Cassper Nyovest, Nasty C, A-Reece and Shane Eagle, to name a few.

Recently, Logan star Emtee took to his Instagram LIVE to address the infamous track. In the video, Emtee alluded to Big Xhosa being “mentally disturbed” for making the song.

Catching wind of the video, Big Xhosa took to Twitter to let Emtee know he only has love and respect for him as his music got him through some of the worst times of his life.

“Jonga Emtee, I heard what you said about me on that live, calling me a mentally disturbed person. I wanted to tell you something disrespectful back but remembered that your music has got me through some worst times in my life. I only got love and respect for you,” wrote Big Xhosa.

Jonga Emtee @emteerecords I heard what you said about me on that live, calling me a mentally disturbed person😭😂.. I wanted to tell u something disrespectful back but remembered that your music has gotten me thru some worst times in my life. I only got love and respect for you.

Emtee responded to Big Xhosa in a series of now-deleted tweets, swearing at him in Xhosa and saying he can murder the rapper in a cypher battle.

The star also went on to remind his fans to respect SA hip hop in the crossfire.

Fans were living for the twar and had the popcorn ready to see the TL in flames!

Check out their reactions:

The Beef Between emtee nd Big Xhosa is Cooking that side😭😂 pic.twitter.com/aaWrdi2f2U

The Emtee and Big Xhosa Twar is warming up well. Let me make some popcorn 😂😂😂😂 pic.twitter.com/RDoB4LR4CE

BIG XHOSA is showing Emtee love but somehow Emtee is throwing it back at his face. SMH

Emtee is no stranger to a battle with SA rappers.

Earlier this year after Facetime star Flvme said he doesn't believe Emtee is a better rapper than him, Emtee clarified who is the real king of hooks.

“I asked a simple question. Who makes better hooks than me? Never said I’m better than anybody or compared myself to anybody. Y’all lil’ boys carry on competing. I’m making music and raising my children,” tweeted Emtee.

Citi Lyts said: "I hope one day I’ll get a thank you for making this video possible from the drip to the launch."
TshisaLIVE
1 year ago

Some looks at the Style Awards 2020 had tweeps asking: "Kanti what is denim couture?"
TshisaLIVE
1 year ago