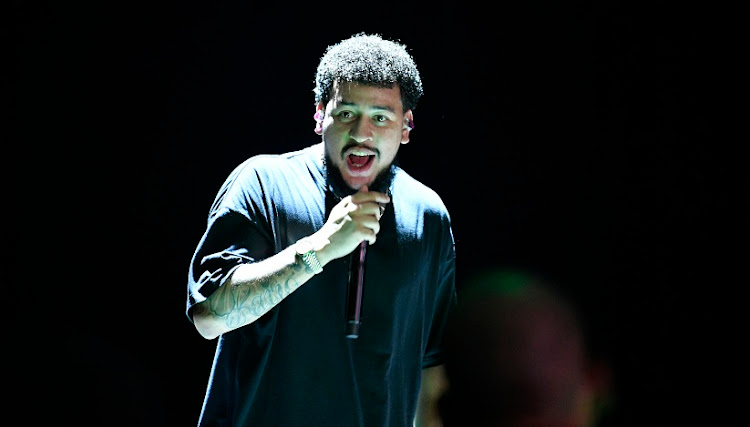 Rapper AKA nearly shut down the internet recently when he took to social media to reveal the tracklist of his upcoming EP, with the addition of a track named Mufasa.

The Megacy have BEEN waiting on their fav to drop any news about his upcoming Bhovamania project, after he revealed earlier this month that he was finalising its mixing and mastering.

The star gave his fans what they wanted at the weekend when he posted the tracklist for the EP, including a breakdown of how each song will service either the “heart”, “mind” or “soul”.

There were a few standout tracks, including singles Energy, Cross My Heart and Monuments; and a track named after himself.

But it was track number four, Mufasa, that really got tongues wagging.

Besides being the name of Simba's dad on The Lion King, fans were quick to point out that Mufasa is a nickname adopted by AKA's rival Cassper Nyovest.

AKA hasn't confirmed what the song is about yet, and the track is also listed on this post as Lion King, but many guessed it may be a diss track aimed at Cassper.

It also sparked a debate among fans who believed that AKA would “not have a career” without mentioning Cassper.

Of course, the Megacy was not having any of it and rubbished the suggestion.

I swear everyone will listen mufasa first pic.twitter.com/NmXA8XOBdY

Where dd he mentioned cassper? If u referred to mufasa udakiwe mufasa was a character in a lion king so d
Cassper doesnt own dat name

Track number four!?? might be the return of Composure times 2 can't wait for it and a whole Bhovamania🔥🔥🔥🔥🔥🔥🔥🔥🔥🔥🔥🔥 pic.twitter.com/zTa09q8tIH

Track 4...even if you were to only breathe on the mic it'll still be my fave.. pic.twitter.com/NKqHElRsT9

Meanwhile, AKA has weighed in a little on his rival's latest album, saying “it doesn’t sound too bad”.

I haven’t listened to it but from the snippets I’ve heard it doesn’t sound too bad. https://t.co/9nTiyHN6Xp

But quickly hit back at claims the album had left him shooketh and rushing to release a project.

Your forehead is a earthquake. https://t.co/IV8nr5ph6W

Rapper AKA says his 'artistic integrity is unmatched', tweeps beg to differ

Do y'all think AKA can confidently say he's never bitten anybody's song or style?
TshisaLIVE
1 year ago

WATCH | Cassper to dish on dating, going 'broke' and THAT boxing match with AKA

"All I kept thinking was 'yoh! Cassper Nyovest on the front page' and seeing my Bentley being towed away."
TshisaLIVE
1 year ago

AKA: I am the greatest rapper in SA, dead or alive, and probs the best hip-hop producer too

AKA on raising his daughter right — 'You are not a savage'

In a cautionary tale about the dangers of the internet, rapper AKA has taken to Twitter to share his confusion about daughter Kairo describing ...
TshisaLIVE
1 year ago