Here's why Ayanda Borotho won’t be flattered by being called a 'strong woman' any more! 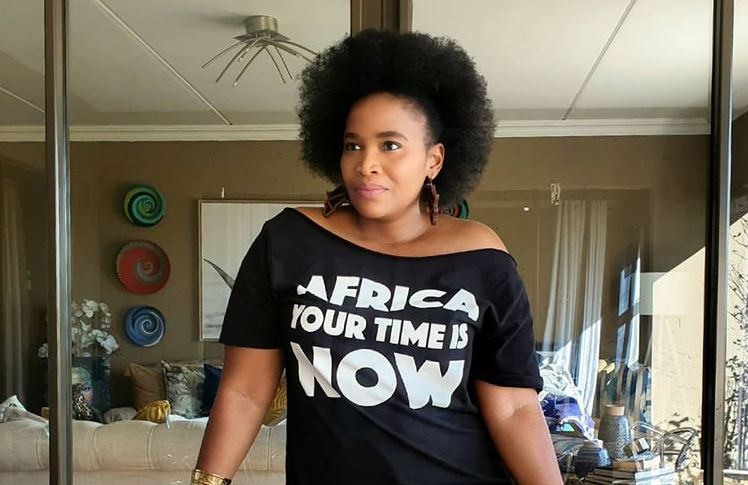 Actress and author Ayanda Borotho, who is passionate about women empowerment, has encouraged women to first look at the origin of some of the compliments they are paid before they accept or are flattered by them.

“Lesson learnt this past week ... be careful of 'the roots' of the words you use to describe yourself. I pray that one day you will realise that as beautiful as 'strength' is — as they call us strong women as if we are steel my people, kudlaliwe ngathi ... (they are playing u) — we seldom hear that men are strong.

“Instead we hear about ‘strong’ men in the context of ‘power’. If he loses his wife, his grief is seldom seen as a strength, instead, it is 'courage' and 'bravery,'” Ayanda wrote.

The author said she had a problem “with the connotations of strength and women is that its disposition is pain.”

She explained that she believed women were “forced to be strong because of the societal, religious, political, cultural and family traditional inequities and injustices against women”, even by women themselves.

The actress said she wasn't happy being told she's “strong” if her strength emanated from pain, fear, or oppression, among other negative concepts.

“I am teaching myself to get back to a place of drawing strength from my seat of power and not the opposition of pain ... a place of authority and not defence. A state of being and not of function. For me ... it begins with mastering that power and then conquering whatever it is that dominates you, so you will know which battle is yours.

Ayanda then shared her understanding of the difference between strength and power.

“Strength requires that we exercise it to prove to ourselves and others that it exists. Power ... well that’s a whole other ballgame. Power is a state of being. It is when other people exercise their strength when you walk into a room in your power,” she said.

‘You strip people of their dignity and you breed a nation without a conscience. Our children are a reflection and extension of us’
TshisaLIVE
9 months ago

Ayanda Borotho is all about finding true and inner peace with self.
TshisaLIVE
11 months ago