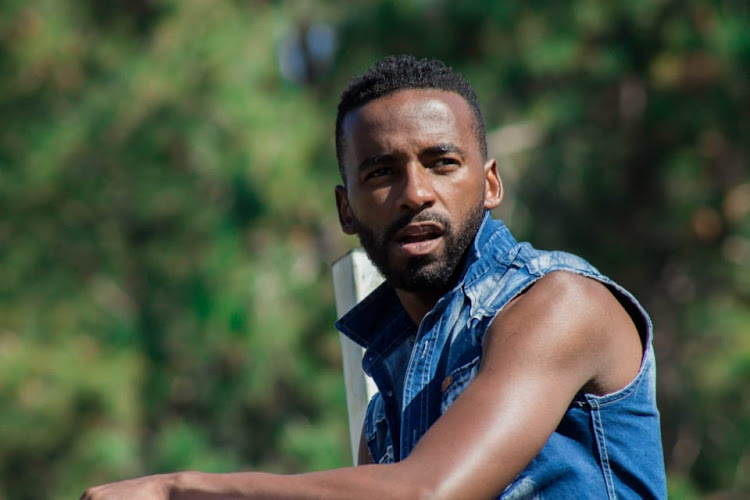 The passing of actor Luzuko Nteleko has sent shockwaves through the Mzansi community.
Image: Supplied

Mzansi has flooded social media platforms with heartfelt tributes to actor Luzuko Nteleko whose death at age 36 has left the arts industry feeling an indescribable loss.

Luzuko died on Monday and his death was confirmed to TshisaLIVE on Tuesday morning by his sister Nomsa Nteleko who also took to social media to share the news of his passing.

How do we even begin Ndlovu 🐘...Dear God 💔 #RIPLuzukoNteleko

The details around the cause of his death are yet to be confirmed. However, Luzuko had been battling cancer in the last two years or so.

Luzuko had a long career as an actor and featured in big local productions such as  Zone 14, Muvhango, and Ring of Lies.

The series, titled About Him, had its third season shot in Mzansi and the story focused around Milan's character and has been described as the “black Queer As Folk”. It was an eight part drama series.

Luzuko plays the role of Zumbi, who was a childhood friend of Omari (played by Milan).

Taking to social media, Mzansi celebrated the life of the actor and his achievements on-screen. Some also shared their own personal moments with the star during his lifetime.

Oh Nomsa. I pray you find solace in the fact that he fought a good fight. Find comfort in the memories shared. He was a great man. Condolences 💐♥️ https://t.co/kH7GZyi4OE

#RIPLuzukoNteleko I met Zuko outside a casting in 2019, asked him where I could catch a taxi but instead this broda gave me a lift straight to my home which was completely off his route ..he didn't know me at all but that didn't stop him.
Rest in Power Bro pic.twitter.com/LFDOt43JRM

You said I should watch this video every time I struggled to fall asleep, maar...

I wish there was a way to say a proper goodbye. Now what is left are the good memories of you. We will forever miss you, Zat. 🌙🕊💛 #RIPLuzukoNteleko pic.twitter.com/aMrkOdX7qE

May his soul rest in peace
You will remembered 😭 pic.twitter.com/1ivUYFAOP3

South African entertainment industry mourns the passing of one of it's own, Luzuko (Sphelo) Nteleko.😭
You fought a great fight Skeem. I will always cherish all the moments I've shared with you. I am proud to have called you my brother. You will be missed a lot#RIPLuzukoNteleko pic.twitter.com/frG4k4Vu8X

I remember how hard we laughed at these pictures of you. I don’t know why I kept them. Rest in peace. #RIPLuzukoNteleko pic.twitter.com/SJX67H0Is0

Luzuku said he's had to remember that just because his life has improved, doesn't mean he must cast a blind eye to the lives of many South Africans ...
TshisaLIVE
4 years ago

SA actor Luzuko Nteleko has just finished shooting a LGBTQ US drama series starring US star Milan Christopher and he gushed about being part of a ...
TshisaLIVE
4 years ago