‘Some of the people we saw, their livelihood is worse off than it was 24 years ago and that broke my heart’ 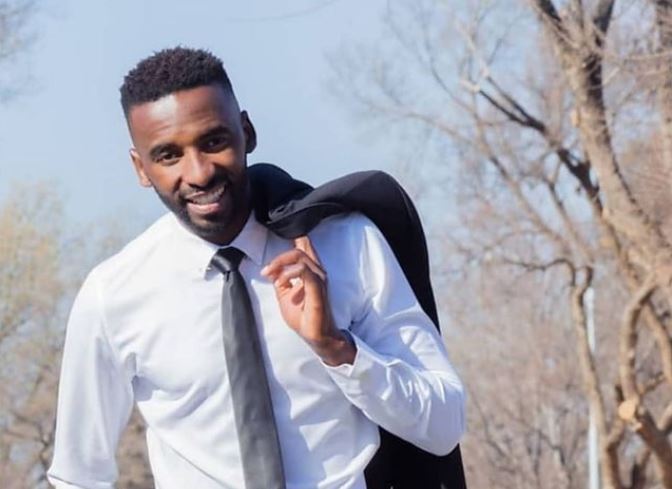 As Mzansi reels with sadness about the news of actor Luzuko Nteleko losing his two-year battle with brain cancer on Monday, TshisaLIVE has been reminded of the last interview we did with the full-of-personality actor.

The interview was done before we imagined we would live through a pandemic and that Luzuko would lose his battle with the cancer he was determined to beat when he was diagnosed in 2019.

The interview was conducted over the phone in 2018, when Luzuko had taken time out from nurturing his businesses to act in a new drama titled Ambitions.

TshisaLIVE had seen a post on his WhatsApp about being part of the drama, and Luzuko made time to talk about the drama, his role and why it was important for him to be part of a project that spoke to something he was passionate about.

Throughout the interview, Luzuko expressed his sadness about the state of the country and his hope that things would get better. For the actor, it was important to always reflect society as it is and as it could be.

Luzuko said he was heartbroken that South Africans are suffering at the hands of the few elite in a democracy that broke its promises. He was glad the drama would mirror that reality so things would one day change.

“It was so heart-breaking to be reminded that while we may have it better than we used to, there are people whose lives have seen no improvement. Some of the people we saw, their livelihood is worse off than it was 24 years ago and that broke my heart,” Luzuko said.

Read the FULL  interview below:

With all the dating shows that consume our time daily, it is quite easy to sleep on the few shows that are attempting to start conversations around Mzansi issues and politics, but Luzuko Nteleko promises SA will sit up and take notice of the new drama Ambitions.

Luzuko told TshisaLIVE the drama is not necessarily about the bigger picture but about the current picture. A picture in which citizens are suffering at the hands of the few elite in a democracy that broke its promises.

“We are living in a time where our ‘disadvantaged’ socio-economic realities are a norm. It shouldn’t be like that but it is. The things we portray in the drama, like how if you come from a disadvantaged background and you are faced with a situation where you are either exposed to corruption and stay hungry or join the corrupt and deprive others, you’ll most likely choose the latter. It's a hard story to tell because it is real for many people.”

The actor said it saddened him because he realised when making of the drama how the situations in the lives of most South African forced them into compromising positions.

He said while making the drama they went to places in SA where people still needed the basics like water, electricity and good sanitation, and it broke his heart.

"It was so heart breaking to be reminded that while we may have it better than we used to, there are people whose lives have seen no improvement. Some of the people we saw, their livelihood is worse off now than it was 24 years ago, and that broke my heart.”

Ambitions is a new local drama looking at the effects of the current political and economical state of Mzansi on its citizens.

Luzuko plays the role of Wandile Cibane, who is the brother of Dumo Cibane (played by Yonda Thomas), and the pair stumble upon corruption in the company that they work for and are faced with a moral dilemma.

Do they sit by and let it happen, do they fight to expose the crooks, or do they grab a slice of the corrupt pie to better their lives?

“Through this character and this story, I’ve learnt we still have a long way to go. I know it is often disheartening to hear that but it has to be said so we don’t forget. Just because life has improved a little bit for you doesn’t mean other people need to be forgotten about. This show is one of the many I hope will follow that serve as a reminder that we can and should do better as a country.”

Luzuku said he's had to remember that just because his life has improved, doesn't mean he must cast a blind eye to the lives of many South Africans ...
TshisaLIVE
3 years ago

SA actor Luzuko Nteleko has just finished shooting a LGBTQ US drama series starring US star Milan Christopher and he gushed about being part of a ...
TshisaLIVE
3 years ago

Mamello actor Luzuko: I didn't want to be a pamphlet boy forever

Standing at robots in Johannesburg to give out promo flyers could have discouraged actor Luzuko Nteleko to not follow his dream, instead he used the ...
TshisaLIVE
3 years ago