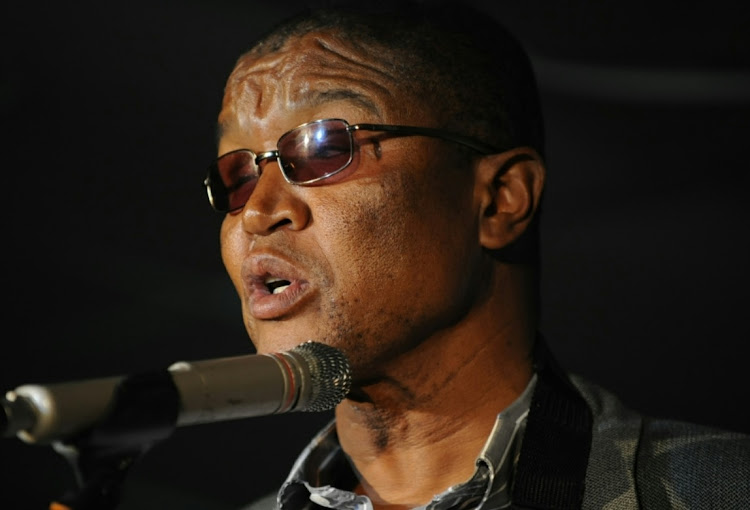 Close family members of the late Steve Kekana have shared details of his funeral service and revealed the family is “coping” as well as can be expected as they prepare to take Steve to his final resting place.

The legendary musician died last week. The cause of his death is yet to be revealed.

The music sensation will be buried on Thursday at his home in Zebediela, about 65km outside Polokwane, Limpopo.

Yesterday loved ones and family members celebrated and honoured the star’s memory with a memorial service held at the Polokwane Library Gardens Auditorium.

“Yes, it’s true, Ntate Steve Kekana is no more. He died in the early hours of this morning and we are waiting for more details from the family,” Majozi said at the time.

“I spoke to his wife and she confirmed he is no more. He was fine the last time I spoke to him. I spoke to him last week over the phone and we were having an event about him but had to cancel due to the latest lockdown regulations.”

The iconic singer-songwriter has touched Mzansi’s heart over the decades. Raising My Family, In Africa, and Take Your Love are some of the bops that took fans by storm during his illustrious career.

In 2018, the SA Music Awards honoured the star with a lifetime achievement award.

The musician and qualified lawyer was honoured with an honorary doctorate in philosophy by the University of SA last year, something he said was a “dream come true”.

Music lovers with a keen interest in SA's strange and unusual history mourned the death this week of singer and songwriter Tebogo "Steve" Kekana, ...
Lifestyle
10 months ago

Celebs and fans were left baffled by the death of the legendary Steve Kekana.
TshisaLIVE
10 months ago

Legendary musician Steve Kekana has died at the age of 63.
TshisaLIVE
10 months ago