Normani drops single 'Wild Side' and tweeps feel exactly what they need! 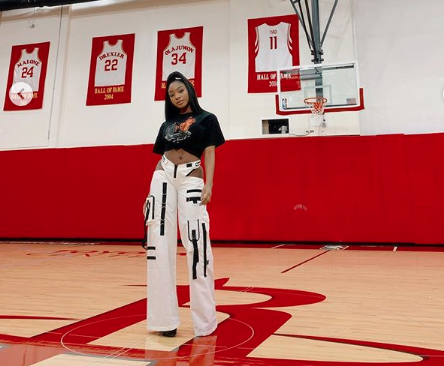 The star of Fifth Harmony fame has blessed fans with a new track and music video.
Image: Instagram/Normani

Former girl group star and artist Normani has dropped her well-anticipated single Wild Side with Cardi B, and the song is already popping on Twitter.

With the world in turmoil and not much hope in sight, fans felt like a light was sent from above after artist Normani released her single Wild Side featuring rapper Cardi B.

The star also dropped the music video, featuring more mature visuals as the star graduates from her Motivation era.

Shortly after it's release, fans took to Twitter with their verdicts on the song, excited for the Normani comeback. Many praised the star for keeping up the excellence and bringing groove energy back to the charts.

Users also felt that Normani collaborating with Cardi B was a chef's kiss when it comes to black women killing it.

now THIS is how you start an era! normani’s first era bout to do some DAMAGE pic.twitter.com/b7c5fUr8QR

don’t think normani was even this happy during motivation day, i feel like this is the first solo release she’s genuinely fully content with

Cardi going from her rap verse to singing and harmonizing with Normani pic.twitter.com/Wzt5QUharq

Normani has two music videos and both of them will be studied by aspiring artists for years. Her work is God-tier.

okay but why did Normani and Cardi had to go so hard like that on the video and song. 🔥

doja cat, normani, bree runway, tinashe, chloe x halle and willow smith are the most entertaining music girls we have out here. they are the moment and they are doing their mothers beyoncé, kelis, rihanna and nicki proud. pic.twitter.com/oOhcIdEmnV

normani you will ALWAYS be famous pic.twitter.com/eR27lmYIgV

My thing is y’all had 3 years to make the ‘other girls’ the topic of discussion and y’all didn’t. Normani gave y’all 3 years. Tonight is about ha. Go buy the other girlies music and shut up. Stream wild side

don’t think normani was even this happy during motivation day, i feel like this is the first solo release she’s genuinely fully content with

In a more local take on the international music scene, media personality Sizwe Dhlomo has placed his bets on Drake after the One Dance star was pitted against Kanye West in an all out “whose the better artist anyway?” war on the TL.

It all began after a tweep claimed that no-one can beat Kanye when it comes to rap verses, and anyone who goes up against the star will tie at best.

However, the Kaya FM host weighed in that Drake could kill it and win hands down.

But the celeb had some naysayers in the reply section of the tweets. One such person tried to school the star on Kanye being a more successful rapper but Sizwe clapped back with facts about Drake being a leader in the music industry and reminding the tweep that this is his job.

"... And Drake has the most Billboard Hot 100 entries. Not rapper, artist, period! That includes people like Taylor Swift & Elvis. Relax bro, I do this for a living,” said Sizwe.

…And Drake has the most Billboard Hot 100 entries. Not rapper, artist, period! That includes people like Taylor Swift & Elvis. Relax bro, I do this for a living. https://t.co/GjftBPnHfJ

People are coming up with creative, fun ways to keep busy during these trying times
Lifestyle
1 year ago

Normani becomes the first ever Savage X Fenty ambassador, and the streets are here for her shine

Singer Normani is the first ever ambassador of Rihanna's Savage x Fenty lingerie and social media is showing her all the love.
Lifestyle
1 year ago

Both Mzansi and international critics can't believe Thuso didn't get the recognition they feel she deserves!
TshisaLIVE
3 months ago