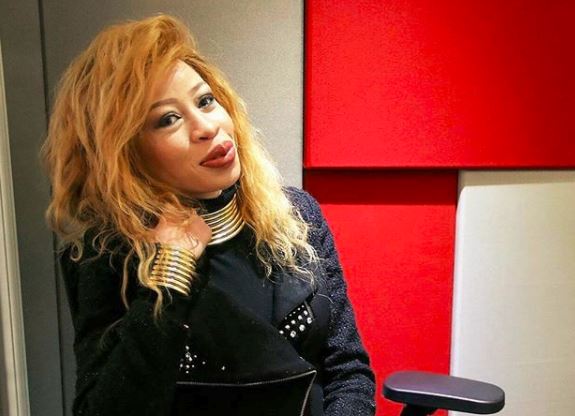 Refilwe Modiselle got candid with fans.
Image: Via Instagram

Actress Refilwe Modiselle has shared the emotions she felt recently when a close friend asked her why she was not more popular in SA.

The star, who has been recognised and won awards overseas, took to social media to share the exchange that left her deep in the feels.

“I was talking to an ex, I'm still good friends with. He's abroad and watches SA content he can access. Then he asks: 'Fi you've done the work, worked hard, earned your stripes, why do I not see your face?' Yazi, I just giggled with no answer but my heart sank,” she said.

Was talking to an ex, I'm still good friends with.... He's abroad & he watches SA content he can access.
Then he asks Fi you've done the work.. .worked hard.. .earned your stripes, why do I not see your face.
Yazi I just giggled with no answer but my heart sank....
🥺😞🧘🏼‍♀️🙏🏻

The star has spoken before of her frustration at being under-appreciated in SA.

She told SAFM last year that she feels her acting career might be taken more seriously if she moved overseas.

“I would love to leave the country because the sad part is I feel like I am not appreciated in this country. I feel like when I step out (on the global stage), that is when people appreciate what I do ... I have made peace with it.

“There are many aspirations but I don't really think I want to live the Hollywood dream. Everyone wants to do that. I want to be a global icon.”

She had the support of the TL last month when she responded to producer Tyler Perry's question of whether he should revisit hisWhy Did I Get Married? series by suggesting he cast her in one of the films.

“Yes you should and can you explore casting me (I've won awards for best actress for an international short film), so you can show diversification and inclusivity of a black narrative not often explored. With all due respect, Sir,” tweeted Refilwe.

"In all her elevations her spirit has kept a consistency. You are loved dearly sis. For the legend you are. Thank you," wrote Refilwe.
TshisaLIVE
2 months ago

Refilwe Modiselle hits back at ‘inappropriate comments’ after Mboro jab

Tweeps, stop clowning with your unfiltered comments
TshisaLIVE
6 months ago

Refilwe Modiselle says being questioned by the industry has motivated her

"I work hard to break stereotypes and the barriers for people like myself who were never seen as worthy," said Refilwe.
TshisaLIVE
6 months ago