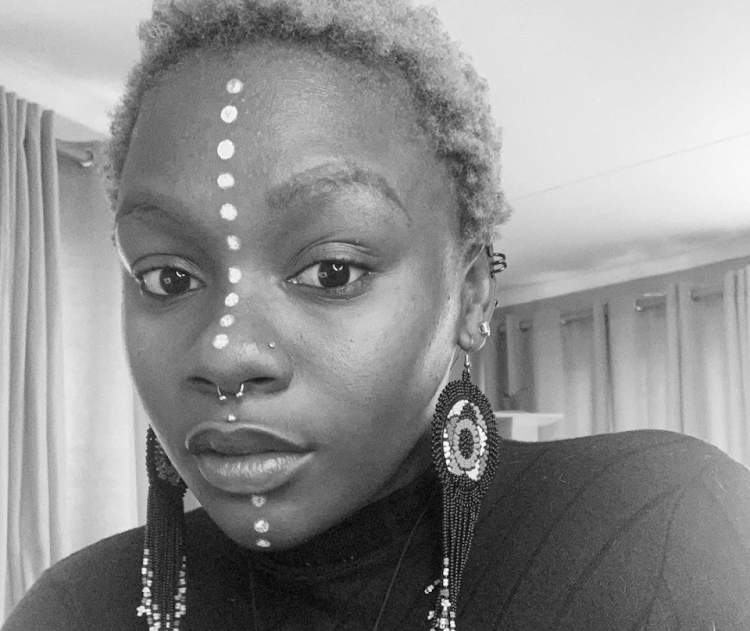 Songstress Amanda Black says that we need to be prepared to fight when it comes to overthrowing the system.
Image: Instagram/Amanda Black

Musician Amanda Black has come under fire for allegedly using politics to sell her latest album.

Coming hot off the trail of her latest album Mnyama, the star was accused of using her online political “ramblings” to promote her music.

Social media users accused the star of using her supposed “wokeness” to sell her music from her latest project because her political tweets often land her on the Twitter trends list.

The Amazulu hitmaker chose to blue-tick the claims as the TL debated for and against the “fake woke” claims. Instead of engaging in the debate, Amanda stood firm with her thoughts on politics in SA and what can be done to help people in a time of need.

The musician's recent budding political ideas addressed what Amanda considers concerns in SA. In a thread about totalitarianism or a dictatorial system of government with complete subservience to the state, the star highlight concerns she finds affect our nation.

This is a very scary read.
“In many modern democracies, we can see evidence of indifference and pervasive feelings of helplessness. There is low voter turnout and an assumption that things will be the way they are no matter what an individual does.” https://t.co/RMNn0fJXrC

After the educational thread, the star told her fans that the people of the country are confined to a rigged system that isn't looking out for the best interest of its people. She said that in order for SA to have a fighting chance of gaining liberation, people need to be educated on politics and the law.

The singer has been attempting to share knowledge she's acquired, with several Twitter threads on the topic.

“We are in the system, and it's rigged. Better we get to know it if we are to survive, break out and thrive, at this moment its near impossible to live outside it. So we need to equip ourselves with the knowledge that will allow us to have more than a fighting chance,” said Amanda.

We are in the system, and its rigged. Better we get to know it if we are to survive, break out and thrive, at this moment its near impossible to live outside of it. So we need to equip ourselves with the knowledge that will allow us to have more than a fighting chance.

Though the star had her fans backing up her thoughts, she also had some backlash to her critiques of the system.

🤣🤣fight what? If you believe we are in a system why even be an artist because without that system your music is only heard by your family and friends. If you want to go to the jungle then go join khoisans. 🤣🤣 you are watching too much youtube conspiracy

Indeed, it is designed to work against us and we can only defeat it if we rise our petty differences and fight together as a continent and https://t.co/y9G0oHjgkq the meantime all we are doing is basic survival, even those that think they have made it are deluding themselves

Very difficult to fight the system when there are black gatekeepers

Amanda has made it clear to Mzansi that she isn't one to shy away from the issues that plague SA.

In an interview with TshisaLIVE about her new album Mnyama, the star explained why in recent weeks she has been using her social media platform to raise awareness around political concerns close to her.

She believes that with having the clout she has as a celebrity, she can use her voice to speak on behalf of those who can't necessarily speak for themselves.

“I’ve realised my need to talk, I’ve realised my power to talk. I only attributed it to the music for a while and allowed people to tell me that it’s only in the music. Now, as I am unfolding, I’m finding my voice to speak for people who can’t speak for themselves, to speak out about things that are affecting me. I am black and I am a citizen in SA, that on its own is something to speak out on ... It's because right now I have found me again, I found my voice again and I am here to use it,” said Amanda.

Amanda Black chats to TshisaLIVE about her new album, getting over a break-up and her social media persona.
TshisaLIVE
9 months ago

Amanda Black on lack of service delivery in SA: ‘They just don’t want to’

Amanda Black shared her opinion about service delivery, saying government was "deceiving the country" by making it seem like it is hard to deliver.
TshisaLIVE
10 months ago