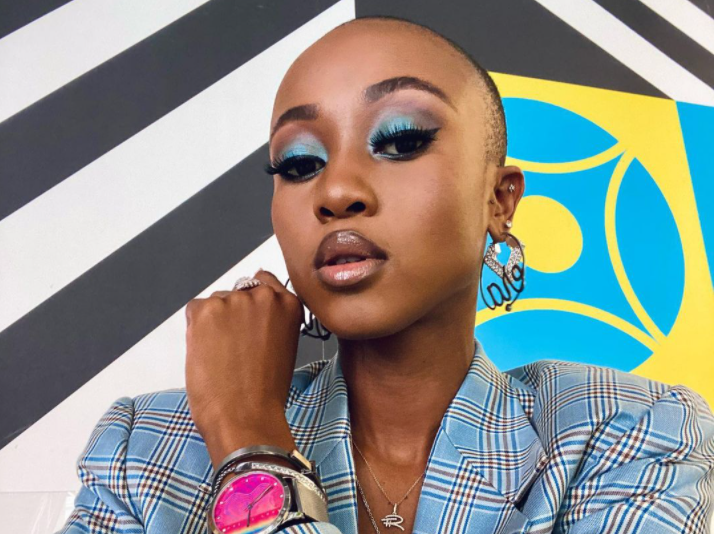 Nomuzi “Moozlie” Mabena has finally lifted the lid on what happened the day she and actress and singer Samkelo Ndlovu almost got into an altercation.

In an hour-long video that has since been deleted by Samkelo Ndlovu, she claimed that Moozlie had thrown a drink at her and run away when they crossed paths at Altitude Beach Club in Fourways, Johannesburg in December last year, where they were both booked to perform.

Speaking to Ms Cosmo in the latest episode of POPradio, the rapper set the record straight on the rumour that she had run away from Samkelo instead of fighting back.

“I didn't run away ... I was wearing sparkly stiletto platforms, the highest heels ... I'm just surrounded by people who understand that I don't need to be in situations like that so they gonna remove me ... just remove yourself from crap energy, you don't need to be in a situation,” she said.

Moozlie also addressed how she and Nadia Nakai are “in a weird space”, saying that it was over some words that were said on a song.

Eight months ago a fuming Samkelo took to social media urging the rapper to apologise on the night the alleged brawl took place.

“Someone wake @nomoozlie up! I’ve unblocked her, tell her to unblock me back so we can chat ... I’m giving her the opportunity to apologise before I find her size 12-13 arse,” Samkelo wrote in a Twitter post.

The livid actress also went live on her Instagram, explaining how they almost got into a heated fight.

“Today I was not having it, I was not going to sit there and have her stank face me when I just came offstage and people loved my song and have this b*tch ruin my night, so I asked her why are you looking at me like this? And guess what happened, she had five people surrounding her and they were trying to stop her from wildin' out,” the actress said.

Moozlie just can't win with the trolls: Some of you guys are just sad, shame

'I'm the best too!' - Nomuzi ditches beef and calls for unity

'You have to respect Black Coffee - the guy just commands that. He also inspires you to respect yourself. There is always this sense of unity around ...
TshisaLIVE
2 years ago