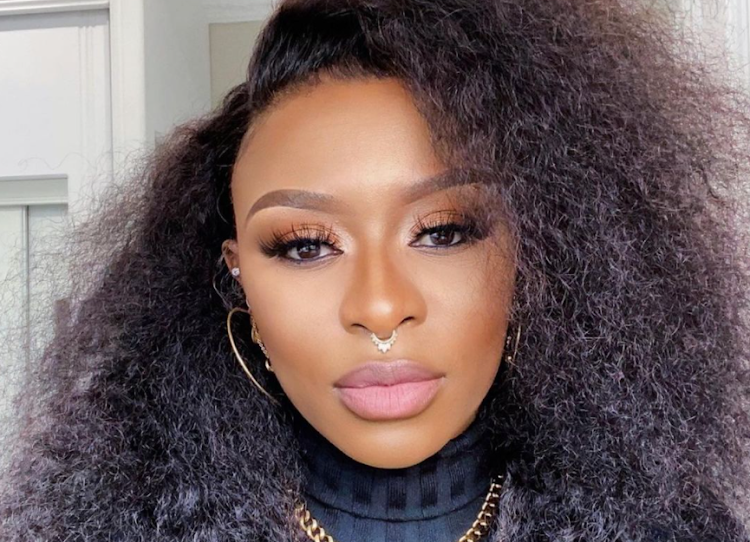 DJ Zinhle speaks on having a supportive boyfriend throughout her pregnancy.
Image: Instagram/ DJ Zinhle

DJ Zinhle broke the internet recently when she finally revealed she was pregnant after months of speculation.

Speaking to TshisaLIVE, the DJ said that she felt the pregnancy had strengthened her relationship with her boyfriend, Bongani 'Murdah Bongz' Mohosana of Black Motion.

Zinhle said that Bongani has been experiencing more pregnancy symptoms than she has.

“The one thing to note about Bongani in the pregnancy is that he's gone through all the phases that anyone could go through in pregnancy. He had morning sickness, he's been sleeping a lot, his back has been killing him. I experienced those things a little bit but he was the one throwing up and all of that,” she chuckles.

The Indlovu hitmaker said that she was not looking to address the trolls on social media that have been dragging her for having a baby without getting married first.

“It's so boring. We are in a nation of women who are raising children alone. It's just so boring for me that's why I didn't even address it because I felt that this guy (Bongani) knows what's up.”

Zinhle says that she is not looking to have any more children after she gives birth to her second baby.

“This is the last one. That's for sure. It just takes so long to make a baby.  If it took a shorter period maybe I'd have another one but I think I'm done. This is it for me.”

She had been attending gigs until she was six months pregnant, trying to keep her pregnancy a secret.

“It was weird because I told my family super late ... it was weird just because we were trying to keep it a secret for a long time and we didn't do that just for the show, we just did that because I thought I couldn't handle talking to people about this pregnancy and telling my family was really weird because I think I'm the baby of the family. It was different from the first time,” she said.

A strong supportive system has kept her going and making sure that things flow easy for her at work.

“I've got a team of people that really care about me. Zama has been taking care of me ... to be quite honest. Moozlie and I have a really great friendship but this time around she just had to get in on everything. Pearl was away for most of the pregnancy but she's been back and doing a lot also. She's been buying nappies.”

“Thank you for celebrating with me and Murdah Bongz,” said a happy and glowing DJ Zinhle.
TshisaLIVE
11 months ago

Baby no. 2 is on the way! Kairo is getting a sibling and SA loves to see it.
TshisaLIVE
11 months ago