“We always expect our fellow sisters to be bitter and filled with blinding rage during break-ups. That is why no-one will see love in Simphiwe's post,” Phuthi said. 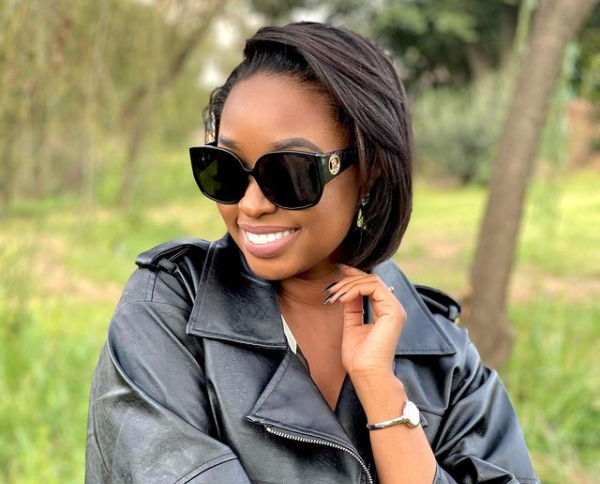 Businesswoman and former beauty queen Phuthi Khomo has praised actress Simphiwe Simz Ngema for speaking highly of her baby daddy Tino Chinyani even as she announced their break-up, saying it takes a mature person to handle a break-up the way Simz did.

Simz sent her fans into a state of confusion when she announced that her relationship with model and baby daddy has come to an end. More than the break-up itself, fans were shocked at how the announcement read like a love letter as Simz sang Tino's praises and still professed her love for her co-parenting partner.

The actress's choice of words and tone of her post made it clear that the break-up was amicable and Phuthi took to Simz' comment section to applaud her for her approach.

“To whom it may concern. We always expect our fellow sisters to be bitter and filled with blinding rage during break-ups. That is why no-one will see love in Simphiwe's post. On the surface it looks like a break-up post but if you actually read what she wrote intently, and the pictures on the post, you will realise that this post speaks of a love celebrated between two people and a love for a child,” said the former beauty queen.

Phuthi said she especially loved the way Tino and Simz handled their break-up because they have a child to consider.

The decision to speak highly of one's former partner and to co parent comes from love. It takes a different kind of love to make those kinds of decisions after the decision to move away from the person you had in your heart.

“But I understand how not everyone will see that. It takes a person who comes from love to see expressions of love, even in the most unideal circumstances. I love the love and maturity that Simphiwe is showing in this post,” Phuthi said.

Simz and her baby daddy Tino have called it quits!
TshisaLIVE
1 month ago

In her Instagram post, Simz - who has one baby, Tiyani, with Tino - said she appreciated the contributions he made in her life and they intended on staying friends and co-parenting their son.

“I'I will forever be grateful for everything you have taught me. I pray that God gives us the strength and wisdom to raise our beautiful son. Tiyani Chinyani we will always be great parents to you and we will always be there for you.”

The actress added that she was grateful for the lessons and memories and said she still cared greatly for Tino.

“No tears here, just lessons learnt and beautiful memories. Here’s to friendship and dope a** co-parenting. Tino, take care of yourself. Love you forever and always,” she wrote.

"This day was about showing appreciation to the people who mean the world to me. Thank you to everyone who made it a special day."
TshisaLIVE
1 month ago

Simphiwe Ngema reflects on her healing journey on the anniversary of Dumi Masilela's death.
TshisaLIVE
2 months ago

Phuti's luxurious birthday getaway in the snowy mountains of Lesotho cemented her position as the "queen" of soft life.
TshisaLIVE
3 months ago