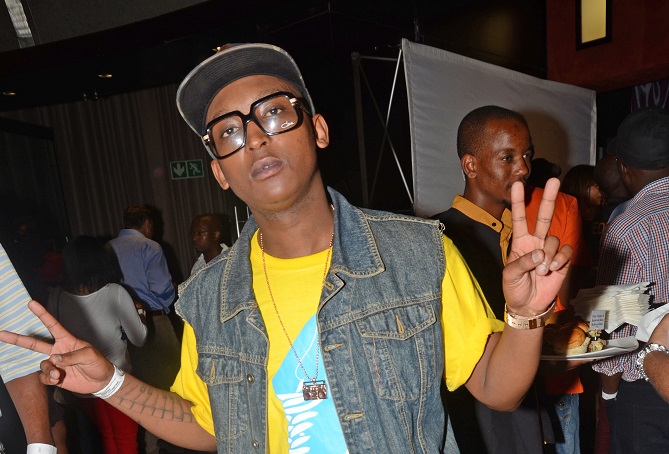 Rapper Maggz Magubane has lifted the lid on what led to the end of his friendship with Bongani Fassie, detailing how he almost went to prison allegedly due to Bongani's lies.

Speaking to Mac G in the latest episode of Podcast and Chill, the rapper revealed that Bongani almost caused him to spend 15 years in jail for stolen studio equipment.

Maggz alleged that Brenda Fassie's son deceived him into thinking that he owned Muthaland Entertainment record label owner, Lance Stehr's studio equipment when he asked him to help him “move it”. This he said, led to him spending two days in jail.

“I was facing 15 years. It was a schedule 5 case because of the price of the equipment ... I was going to court for like two years. It added to the music depression. ... I went to court,” he explained.

“Another thing that pi**ed me off - cause I was OK - we were going through the emotions at the time, going to court ... What pi**ed me off is that later on, the homie started switching up on us.”

In an interview with Mo Flava and Masechaba Ndlovu on Metro FM in 2018, the Maggz said that he had attempted to make amends with Bongani before a show on the East Rand, but he had later released a diss track called Stretcher on which he took aim at Maggz, AKA, Cassper and Slikour.

“I even said to him; 'Boy, whatever happened to us, happened. It was a long time ago. But the one thing I cry about is that your talent is not heard in the game. I don't understand what you are doing. I wish you were here. Even if you are not doing music for us but you should be doing it for somebody else. Where are you?' A month later he dropped Stretcher ... I was like; no this guy is done. I am done with him,” he said at the time.

Rapper Da L.E.S also echoed Maggz words recently when he said the person he would never work with again was Bongani. The rapper shared this with Lasizwe on his YouTube show Drink Or Tell The Truth.

Bongani Fassie has seemingly been mum on the matter but took to Twitter saying: “The more they talk about me, they making me famous. Ask them about that track I made! #Spreadingnothingbutlove” he wrote.

The more they talk about me, they making me famous.

Ask them about that track I made! #Spreadingnothingbutlove

"I'd like to assure you I've been working behind the scenes. My journey in music is a story still being written."
TshisaLIVE
10 months ago

It's been several years since Bongani Fassie and rapper Gift "Maggz" Magubane had a fallout but the pair still seemingly can't stand each other.
TshisaLIVE
4 years ago

Muthaland Entertainment label owner, Lance Stehr, says he will be taking legal action against Bongani Fassie and Moja Love after the latest episode ...
TshisaLIVE
11 months ago