“I was on the stairs of the Randburg court, fist up, fighting GBV and unfortunately it got me to angry black woman status when all I was doing was fighting for myself.” 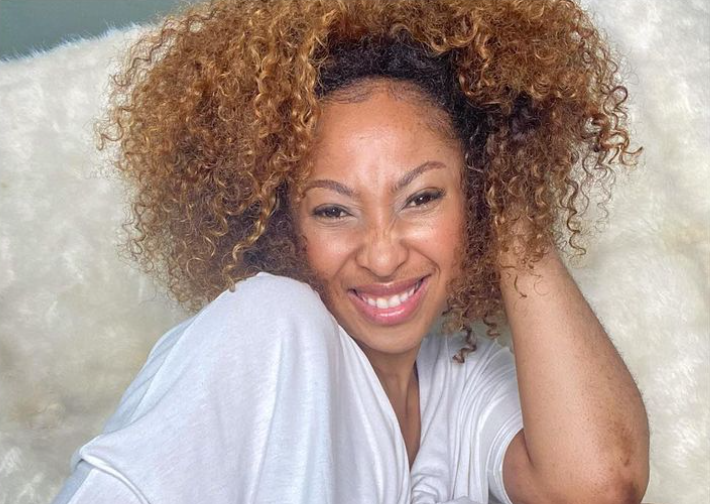 Actress Enhle Mbali has broken her silence after months of going back and forth in court with her estranged ex-husband Black Coffee, discussing her healing journey and moving on.

Taking to Instagram TV on Tuesday, the actress opened up about healing and revealed that she was now in a better place in her life and healing. Enhle has accused DJ Black Coffee of emotional, financial and physical abuse during their relationship, while the DJ has denied the claims, saying he never hurt her.

“It is so important to embrace the pain, heal from it, live with it, let it go and be what I am today ... purely happy ... I know my pain, my pain is a part of my journey. I will not throw it away in any way, but I've learnt from it,” she said.

The Rockville actress said she had decided to speak up on the matter because of the prevalence of gender-based violence in SA society, not because she's an angry black woman.

“I was on the stairs of the Randburg court, fist up, fighting GBV and unfortunately it got me to angry black woman status when all I was doing was fighting for myself. Fighting for what's right, protecting myself and my children. Now I've heard a lot about who Enhle is. None of that is my narrative, I'm not an angry black woman.

"...it's not an easy thing to do when patriarchy rules, when people fear being blocked in the industry. I'm here, it's a reality to me, it's a fight but I've chosen to fight it differently.”

Slamming claims that she was a gold digger, the mother of two said she had made sacrifices in her relationship.

“I'm not a gold-digger. I found a man who had opportunity in his mind and we made a decision to build together and now he is built ... I agreed to take parts of my life that I considered important to me and put them aside to make forever work ... and it didn't ... I'm not a victim, even though the pain has felt that way. I am a woman who helped build her man.”

Though she has been shunned by many on social media and endured humiliation, Enhle says she has no regrets about speaking out.

“There are nights I sleep thinking, could I have possibly made the wrong decision? Then I remember that abuse is not right and standing up for myself is.”

Speaking of getting back into the dating space, Enhle said she was not looking to get into a relationship at the moment.

“I don't think I'm in a space to have a relationship, I'm enjoying just having adult conversation. I'm enjoying men marvelling over me, because that's what it feels like.”

What are family for?
TshisaLIVE
2 years ago

Black Coffee and Enhle got engaged in 2010. They then had a traditional wedding a year later and a glamorous white wedding in 2017.
TshisaLIVE
2 years ago