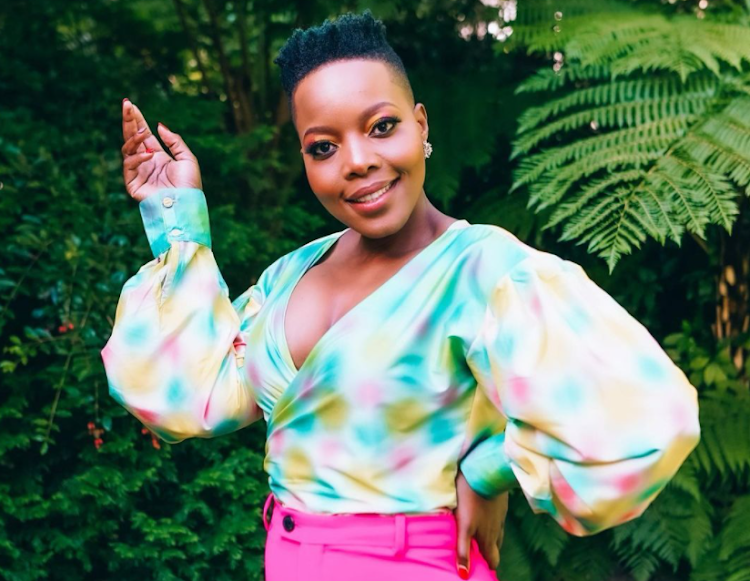 Nomcebo Zikode has set the record straight regarding her relationship with Master KG and claims she hasn't been paid a cent for their hit single Jerusalema.

Responding to a local Facebook user, the singer said she had no issues with the producer and had strictly been in communication with him regarding receiving her cut of the Jersalema royalties.

“I don’t have any problem with him. I’ve never ever said anything to him besides sending out the statement which was clear that I need my money from the company, not from him, as I’ve been trying to talk to the company many times with no luck. They’ve been saying the song didn’t make any money so there’s no money. I then decided to get a lawyer to help me so I don’t know until today why he decided to respond before the company responds as he was not my boss/owner of the company but my colleague.” 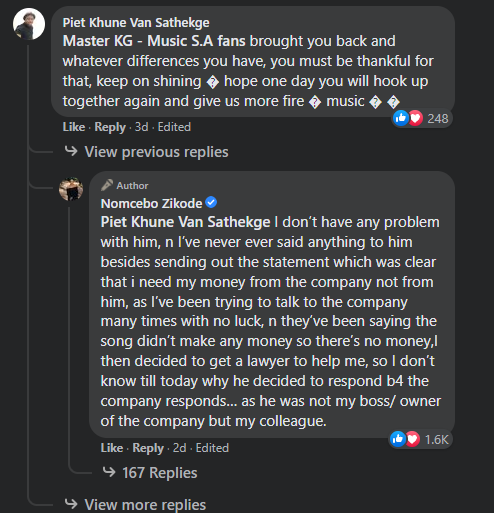 Nomcebo says she has no issues with Master KG.
Image: Facebook/ Nomcebo

This is not the first time Nomcebo has spoken about taking legal action to get royalties for Jerusalema. In July this year the singer released a statement saying she had been “ridiculed” for asking for her incentives.

“I have not been paid a cent by the label for Jerusalema despite the song's global success. I have been ridiculed with efforts to marginalise my contribution,” she said.

In response to Nomcebo's claims Master KG claimed Nomcebo received incentives for her contribution to their hit song.

“Nomcebo Zikode, can you confirm if you have not yet received R1.5m from Jerusalema? And before I explain many things, you guys haven't paid me for Xola Moya Wami, but you received money so far from Jerusalema,”  he wrote.

In a statement released on social media, Open Mic's publicist Brendon Maseko said they were struggling to come to a consensus on the percentage split on the royalties of the song.

“We can confirm that during the creation of the song Master KG (the main artist) and Nomcebo Zikode (the featured artist) agreed on sharing 50/50 of Master KG's earnings. The featured artists' agreement, which reflected an equal split between the two artists, was drafted last year November for both parties to sign. Nomcebo Zikode through her legal team reviewed the contract and proposed a higher percentage. Since then there have been back and forth engagements,” read part of the statement.

TshisaLIVE reached out to Nomcebo for comment but she had not responded by the time this article was published.

"Look out for me on the biggest American US show, Love & Hip Hop," an excited Nomcebo shared.
TshisaLIVE
2 months ago

The record label admits that no payment has been made to Nomcebo Zikode but claims that it's because she's demanding a higher cut than Master KG, who ...
TshisaLIVE
4 months ago

It was the biggest hit to come out of Southern Africa last year, capturing the attention of millions around the world and sparking several dance ...
TshisaLIVE
4 months ago