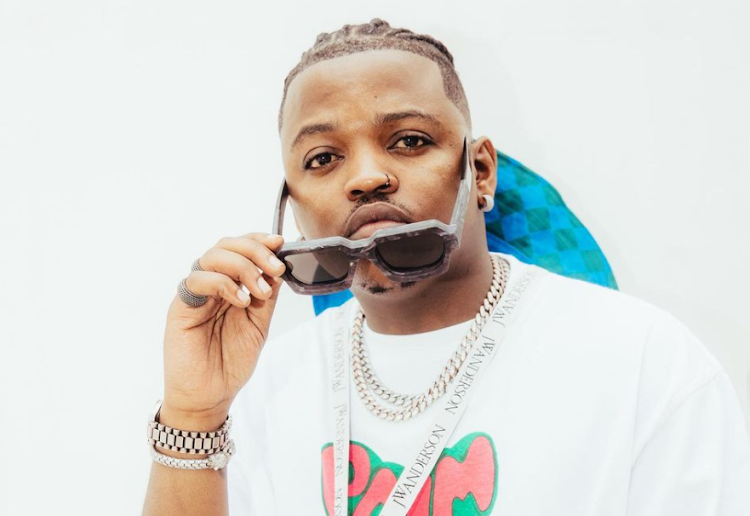 Congratulations are in order for amapiano star Focalistic who recently was nominated for this year's MTV Europe Music Awards.

The Gupta hitmaker is nominated in the “Best African Act” category, where he will compete against Ghanaian musician Amaarae, Diamond Platnumz from Tanzania, and Nigerian musicians Wizkid and Tems.

Focalistic took to Instagram on Thursday announcing the news to his fans, urging them to vote.

“President Ya Straata is nominated for the #MTVEMA (Europe Music Awards), Best African Act! We representing SA, Lets bring it home...[taking] Kasi music to the world,” he wrote.

From Dubai to the UK, Focalistic has been flying the South African flag high while performing in different parts of the world, thanks to the amapiano genre being at its peak.

Apart from his music, Focalistic says being himself has granted him opportunities to travel across the world and kept his audience captivated.

“In the world that's the only thing that stands out — being yourself — the power of being you ... but the craziest part is it's hard to be yourself.” he told TshisaLIVE.

Though Focalistic mostly raps in vernacular, that has not stopped him from appearing on a Times Square billboard.

“It's also crazy that saying Ase trap ke pina tsa ko Kasi ... one can end up in Times Square, I think for me that's crazy!”

With all the fame and success the rapper has acquired, he says what's more important to him is making music.

“I came here for the music and nothing else ... I never wanted to be famous,” he wrote in a tweet.

Lerato Sengadi opened up about how HHP guided her throughout the process of creating the late rapper's latest single.
TshisaLIVE
8 months ago

Focalistic speaks on wanting to delete Twitter & being pit against Cassper

Focalistic says he has no interest in the negativity and trolls who constantly pit him against Cassper Nyovest but wants to rather focus on making ...
TshisaLIVE
9 months ago

Focalistic is lapping up the accolades.
TshisaLIVE
11 months ago