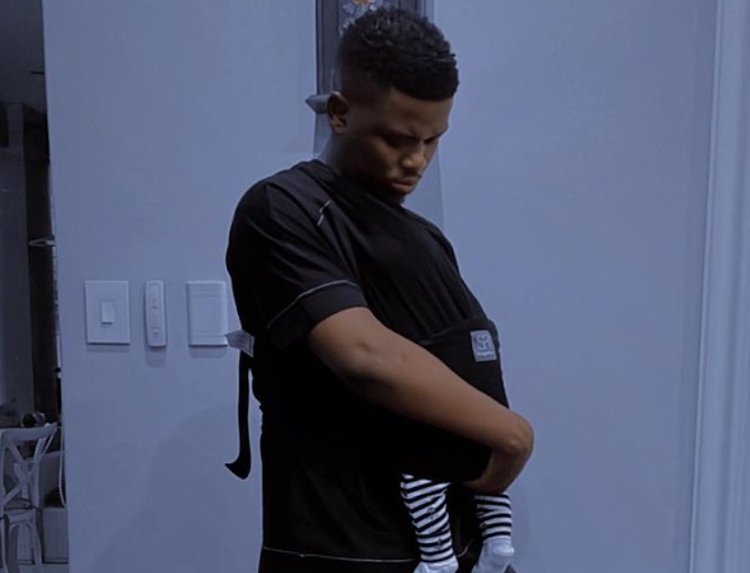 The doting dad has shared a lot of precious moments he's had with his daughter while cradling her on his timeline, showcasing the importance of spending quality time with baby Asante.

Watch the latest video below:

Speaking of her pregnancy journey in an interview earlier this year, DJ Zinhle told TshisaLIVE that Murdah Bongz was nervous throughout their pregnancy but was supportive which helped grow their relationship.

From morning sickness to back aches DJ Zinhle went on to reveal that Murdah Bongz had experienced pregnancy symptoms more than her.

“The one thing to note about Bongani in the pregnancy is that he's gone through all the phases that anyone could go through in pregnancy. He had morning sickness, he's been sleeping a lot, his back has been killing him. I experienced those things a little bit but he was the one throwing up and all of that,” she said, before chuckling.

Here are some of our favourite daddy-and-me snaps Murdah Bongz has shared below:

This video is so cute... it will probably make your day!
TshisaLIVE
6 months ago

"I don't want to get married," DJ Zinhle tells her bae Murdah Bongz in one of the episodes of 'The Unexpected'.
TshisaLIVE
8 months ago

"You deserve all the wonderful things life has to give you. I'm super proud," Bongz said to DJ Zinhle.
TshisaLIVE
8 months ago