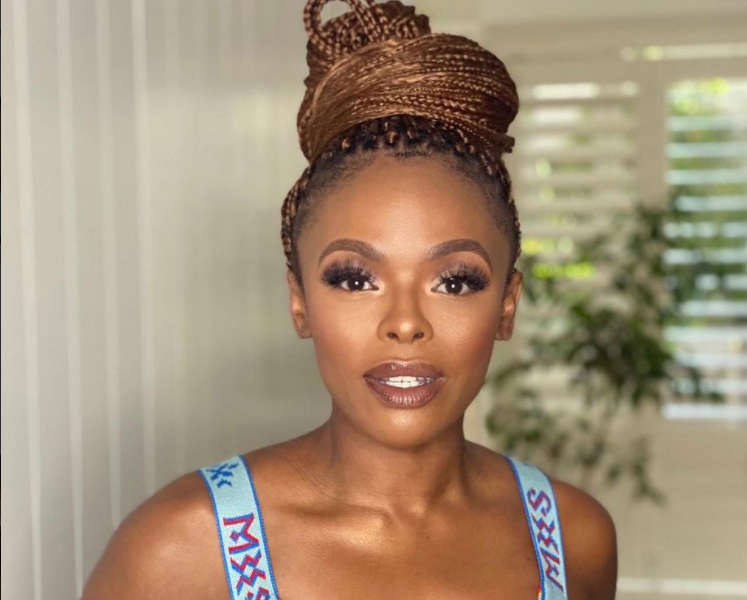 Kaya 959 has denied claims made by axed radio jock Unathi Nkayi on her Instagram on Friday.

This after Unathi posted a video last week claiming she was not mum on the matter by choice but that she was honouring her contract after her immediate dismissal almost two weeks ago.

In a statement shared with TshisaLIVE, the radio station said it would never attempt to restrict freedom of speech.

“Kaya 959 recognises and respects the right to freedom of speech as provisioned for by the South African constitution and for that reason, will not in any way attempt to restrict it for anyone.”

Unathi claimed to have been silenced by the station and said she could not speak about her firing  because of contractual obligations freelancers had with the station — but she opened up about the alleged “false GBV claims”.

“I was specifically told that I cannot use my platform to share my version of events. The only matter I will address, because it is very important to me, is the theme of GBV that keeps on coming up.”

She alleged that “GBV had nothing to do with the matter”.

“I never alleged at any time that Sizwe committed any act of gender-based violence against me.”

In response to the claims made in her Instagram video, radio DJ and former colleague Sizwe Dhlomo posted audio recordings and email threads of the alleged “fight” between him and Unathi.

In the recording, the two radio personalities can be heard having an argument off air about how to prepare umphokoqo (krummel pap or crumbled maize meal). Sizwe then jokingly said that Unathi's failed marriage with Thomas Msengana was because she put salt in her recipe.

Okay, now that that’s out the way. This is what Unathi accused me of. I didn’t know the details of her accusatory mail until she accidentally copied me on her response, not realising that I would then obtain a copy of the entire chain. pic.twitter.com/TQo1IyGwML

In the statement, the station said Unathi was aware of the reasons behind her immediate dismissal from the station.

“Ms Nkayi is well aware of the contents of the final communication addressed to her by Kaya 959, especially where confidentiality and perpetuating a false narrative is concerned. Ms Nkayi is also very aware of the reasons and circumstances that led to the termination of her contract with Kaya 959, the evidence of which has been shared with her for her records,” said Iaan Bredenkamp, Kaya spokesperson.

The station said it did not wish to be drawn into a debate about what happened between Unathi and Sizwe, in the interest of both of them.

“However, Ms Nkayi is free to share the details of the issue that arose between her and Kaya 959 should she feel the urge to, provided what she shares reflects the true version of events.”

"I am now left with no choice but to expose the extent to which she has lied and pursue further legal action," Sizwe said on Friday night before ...
TshisaLIVE
2 months ago

"For the record Sizwe and I both submitted in writing allegations against each other, some founded and some found not to be from both of us."
TshisaLIVE
2 months ago

"A woman is alleged to have lied about someone and almost ended their career and reputation in an act of malice... And you give her a TV show?" ...
TshisaLIVE
2 months ago

The station said the contract ended prematurely "due to certain conduct that rendered the relationship intolerable going forward".
TshisaLIVE
2 months ago