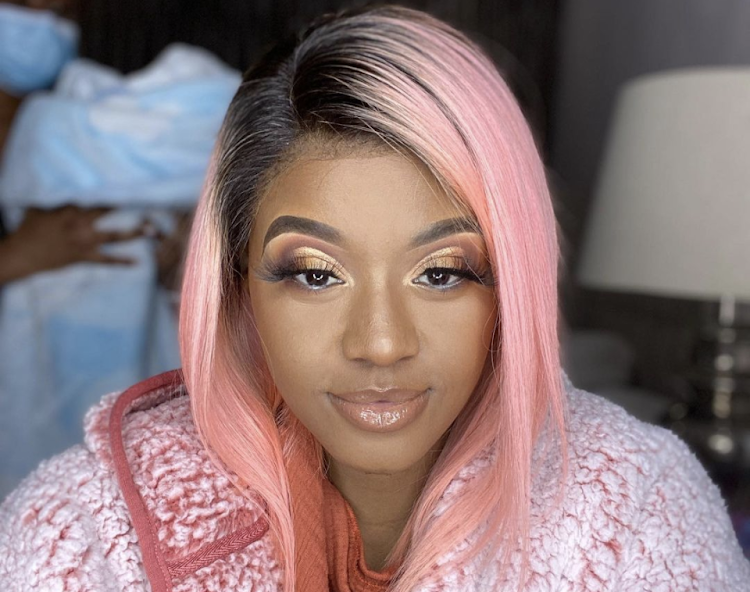 Babes Wodumo's viral video of her howling insults was a publicity stunt to bring attention to her new music.
Image: Instagram/Babes Wodumo

Babes Wodumo found herself at top of the social media trends list on Thursday after a video of her hurling insults at her mother-in-law for allegedly leaving Mampintsha three days after he was born went viral.

The Wololo hitmaker went live on Instagram on Thursday threatening to get into a brawl with her mother-in-law. This happened in the wake of Babes Wodumo announcing she will be releasing an EP called Crown on Friday.

West Ink Records manager Sbu Ncube confirmed to TshisaLIVE the video was a publicity stunt to bring attention to her EP.

“We wanted to do something that will trend, bring the eyes to us, and it worked. I asked Babes to do it at a time when children's would be sleeping and won't witness the strong language,” he said

Responding to fans' concern about her tarnishing her brand, Sbu compared Babes to legendary artists Brenda Fassie and Mshoza who owned their truth.

“You need to understand Babes' brand. It's different. It's almost similar to the late legendary Brenda Fassie. She was herself. Mshoza was herself too. Everyone has their own lane. That's what sells Babes. Every character has their own selling line. They know Babes as a bad babe. So who knows, another stunt like that could come out soon.”

In a statement shared with TshisaLIVE, Babes apologised for the strong language she used in her live video and explained it was part of the Sponge Wodumo story “they saw before Uthando Lodumo was shown on Showmax”.

“Due to the delay in the release of the Crown EP, I had to draw your attention to the point where I give you a taste of part 2 of Sponge Wodumo's story. I'm sorry to those who I might have offended. Due to the strong language I had no choice but to do it around that time to protect my younger fans,” read the statement.

Local Twitter users reacted with concern for Babes Wodumo, with some suspecting  she was drunk though there was no alcohol visible in the video.

Take a look at some of the reactions below:

Babes Wodumo is about to release a song. pic.twitter.com/MSacPwTbDe

Please stay Away from Babes Wodumo's Business.. The last time We did that she said "Ngashada ngaba ne ngane " you remember that ? . Now please Mind your Own business pic.twitter.com/XeFdK4yNq4

Let's forget that Babes Wodumo was actually rude to her mother In law but when she said "God bless our food" ekhulekela ingane yakhe I rolled on the floor shem pic.twitter.com/SwT8uyWkiU

I feel sorry for their baby😪

I think that's why she's so angry

"I got married, then I had a child so don't compare yourselves with me," Babes said, leaving fans up in arms over her comments on baby mamas.
TshisaLIVE
11 months ago

"Honestly it was about time to set the record straight as people always assumed this and that about my relationship with my new husband," Babes told ...
TshisaLIVE
11 months ago

"Kamo Mphela is living that life we all wanted Babes Wodumo to live," said one user.
TshisaLIVE
9 months ago