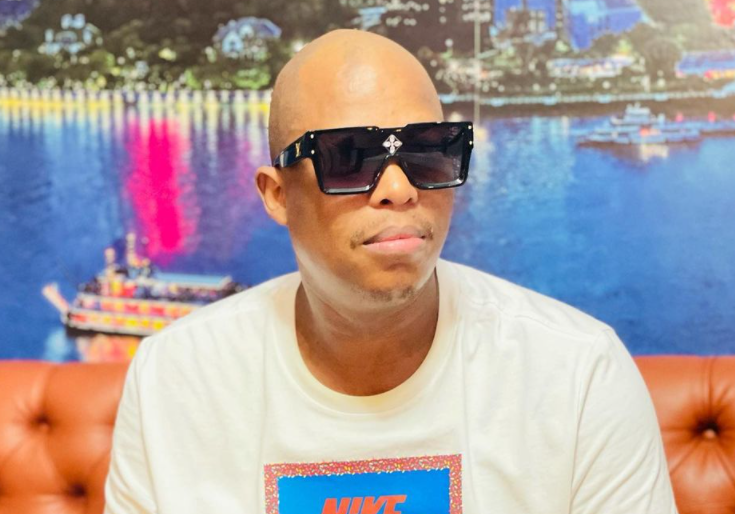 Mandla 'Mampintsha' Maphumulo is not playing any games in 2022
Image: Instagram/ Mampintsha

Mampintsha is all about securing the bag and if that means he angers his fans with his prices, then his response is simple: you are not the target market.

When he announced on his Instagram six days ago that it would cost R100k to get a feature with him, he was feeling himself. The video had mixed reactions from his followers and he is paying them no mind.

In his latest pursuit to make money he put a spanner in the works with a range of branded T-shirts.

On Monday he headed to Instagram and shared a video where he snubbed naysayers who are wildin at his prices not only for his music feature but his T-shirt business too.

His Original Shandis T-shirt range costs R700-R800 and while some of his followers were clapping for him, others were shook by the price.

In the clip he said fans have gotta dig deep to afford whatever he puts out there, because he is grinding.

“Guys I've posted the clothes and I'm going to reveal prices for others. If the prices got to you, then you are not the target market because I use quality. I'm working, I'm at work I'm not playing,” he said in the clip.

'R100k or nothing' says Mampintsha on his feature booking fee.
TshisaLIVE
2 weeks ago

"Imagine my boyfriend hearing that I am trending for another man! Just because someone wants to to pull a stunt by mentioning my name," Makhadzi said.
TshisaLIVE
3 weeks ago

"We wanted to do something that will trend, bring the eyes to us, and it worked," said Babes Wodumo's manager.
TshisaLIVE
1 month ago