'I didn’t wanna come to the same old, same old, if I came back it had to be worth it' 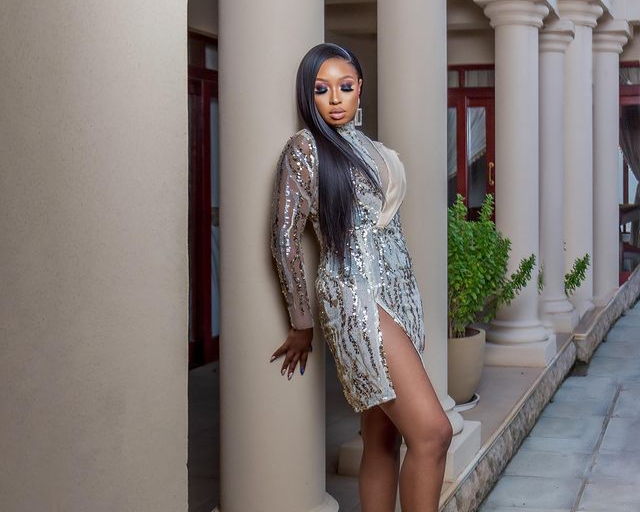 It took a romcom called Entangled to get actress and businesswoman Phuti Khomo to drop everything and come back to TV.

She has been away from the limelight for four years and her last TV appearance was on popular SABC2 soapie Muhvango.

“When I left I was like ‘do I wanna go back to TV and do the same thing’ and then I was like ‘nah actually now I have the time to focus on my businesses and do what I’ve always wanted to do.’ Thought this was just gonna take a year or two and it took longer but this was the break that I needed.”

Entangled is a sizzling 13-part romantic comedy drama that aired on 1 Magic last Friday. Phuti plays Sharon who’s an over-achiever, a trait that Phuti has in real life.

Phuti told TshisaLIVE she had always wanted to be part of a show that went against the grain of what was ‘normal’. She suspects the show will get tongues wagging.

“The show is a bit daring because it has all the s*x and nudity. It is raunchy but you know what I’ve always dreamed of being part of productions that can be forward like that because come to think of it when you are sitting at home what are the shows that you are watching?

“You are watching shows like Being Mary Jane, you are bingeing on shows that have that, all the time, but when it comes to South African shows we are always restricted by morality and culture.”

The model and entrepreneur said it was frustrating because Mzansi has talent.

“We have so many talented actors who are more than capable to produce international quality stuff but we never get the network that’s willing to give them that. I was astonished that’s why I had to jump in and I wanted it so bad because this is the first time this is happening in SA where a network says OK to a South African production like this.”

Say what you want but @PhutiKhomo is the girl she thinks she is and her work as Sharon on #entangled1magic is more than enough proof! Catch her this Friday once again as we get entangled on @1MagicTV at 21:30 pic.twitter.com/IeCrFy4bDX

Phuti said the production company behind the romcom, Burnt Onion, called her up when they were doing auditions for the character of Sharon. She auditioned and the rest like the saying goes was history.

“They called me back, and we did it live and it was amazing and channel also loved it, and they said I haven’t been on screen for a while and people would love me. They will be excited, so that’s how I got the part.”

Phuti said she wanted to come back to something that was worth her while and when she returned to set, she realised she had missed filming.

“I didn’t wanna come to the same old, same old, if I came back it had to be worth it. I hadn’t read the script when I first auditioned, I hadn’t done anything, but I trusted the production company and the way the show was explained to me and how the team is full of forward-thinking people. I was told it was gonna be breaking new ground. Once I understood what it was about I started wanting it more.”

Don’t forget to set your reminders! At 21:30 si on, #Entangled premiers tonight on @1MagicTV ⏰ pic.twitter.com/iND9EVTtMr

"We always expect our fellow sisters to be bitter and filled with blinding rage during breakups. That is why no-one will see love in Simphiwe's ...
TshisaLIVE
4 months ago

Phuti's luxurious birthday getaway in the snowy mountains of Lesotho cemented her position as the "queen" of soft life.
TshisaLIVE
6 months ago

WATCH | Actress Phuti Khomo’s hubby bought her a truck for her birthday!

Phuti Khomo was surprised with a truck to add to her fleet.
TshisaLIVE
7 months ago