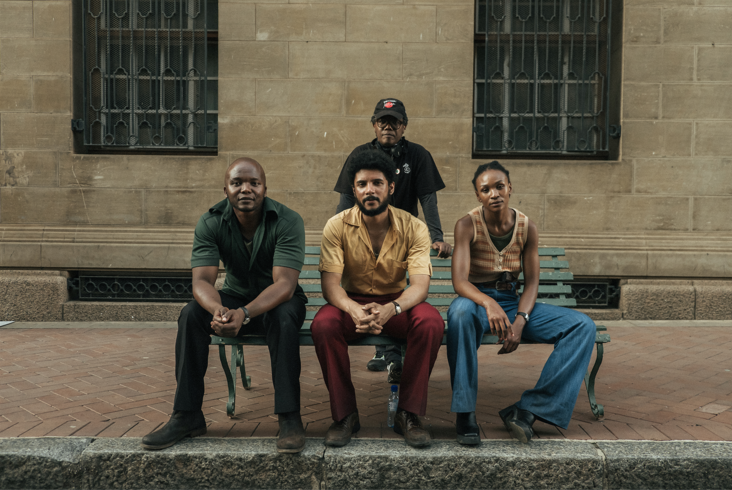 Netflix has dropped the official trailer for its first African action thriller Silverton Siege. Tweeps are already raving about the flick that's set to air on Freedom Day (27 April).

Silverton Siege follows the rich history Mzansi has concerning the armed wing of the ANC, Umkhonto Wesizwe, and it follows three young freedom fighters who seek refuge in a bank in Silverton.

They take the bank and its customers hostage and will only release them in exchange for the release of Nelson Mandela. Playing these people are Thabo Rametsi, Stefan Erasmus and Noxolo Dlamini.

Guys it's based on true events. Like 60% of it. Currrently learning about the 1980 Silverton Siege and their influence on the anti-apartheid movement. https://t.co/IxAybg3Rrr

The trailer has tweeps excited at the prospects of Mzansi's own thriller.

“Guys, it's based on true events. Like 60% of it. Currently learning about the 1980 Silverton Siege and their influence on the anti-apartheid movement,” tweeted one.

While others are on a high and can't wait, one hoped the film would be worth the hype.

“Wow, I really hope this ends up being as good as the trailer makes it look,” one tweep said.

Silverton siege is what I want to watch on Netflix

Wow, I really hope this ends up being as good as the trailer makes it look: https://t.co/XznXa4LmuO

"It's been a long time coming. Every year that you work, you work to grow bigger. It's like dreams coming true because you always want to elevate and ...
TshisaLIVE
3 months ago

It's more than just "bad wigs" mmkay?
TshisaLIVE
3 months ago