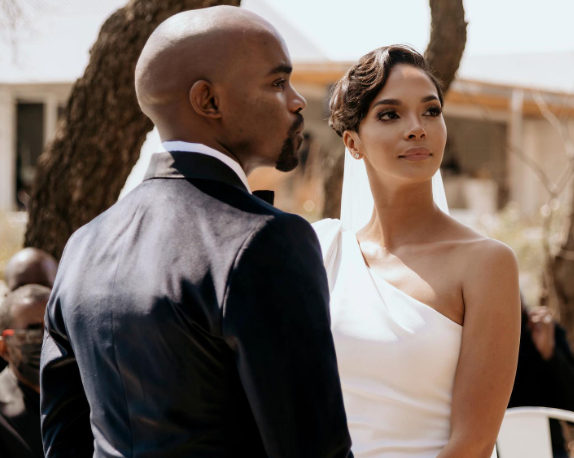 Miss SA 2015 Liesl Mthombeni (née Laurie) penned a special message to her husband  Musa in celebration of his birthday.

"It’s my husband’s birthday today. Happy birthday, my love. I wanted to wish you the very best but you already have me. No need then. I love you, you 32-year-old man," Liesl wrote.

Liesl and Musa are one of Mzansi's favourite couples and constantly openly express their love for each other on social media.

The evolution of their love journey has had Mzansi gushing over their union.

Sharing details of how became an item, Musa revealed that after a close friend, Nokukhanya Khanyile, posted a picture of Liesl on her Instagram stories, he immediately fell in love.

“Within the hour I sent Liesl a sweet innocent message and, as they say, the rest is history. Since that day I’ve spoken to Liesl every day, throughout the day. The love of my life and future wife,” he said at the time.

The two stars have been married for several months and Musa said it's one of the best decisions he has ever made.

“Marrying Liesl is one of the best things to ever happen to me. Words fail me,” he said.

Musa keeps finding new ways of complimenting his wife and the pro-#BlackLlove bunch loves to see it!
TshisaLIVE
5 months ago

Dr Musa: 'Marrying Liesl is one of the best things to ever happen to me'

"This is the highest level of 'smol boy' energy I’ve ever heard of," Musa hit back at tweeps pressed by how he loves his woman.
TshisaLIVE
8 months ago

2021 gifted us with Musa and Liesl's love story and we love to see it!
TshisaLIVE
6 months ago