Kamo Mphela shook! Her name used to release music on a streaming platform 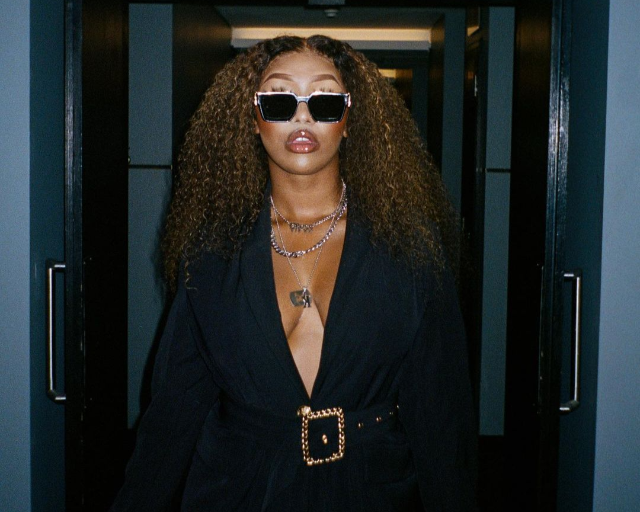 Musician Kamo Mphela was left shook by another Kamo Mphela who seem to be uploading music on a streaming service
Image: Instagram/ Kamo Mphela

Amapiano singer and dancer Kamo Mphela was left shook after she discovered someone released songs under her name on a streaming service.

Taking to Twitter Kamo shared her ordeal with her followers and said she wondered why someone would do that to her.

“Someone released music under my name, which is wild — like why would you do that, babe?” she wrote.

In her mentions her followers advised the star on how to make sure this does not happen again.

“As soon as you get into the entertainment business you are supposed to trademark all variations of your stage name to prevent such opportunists.”

TshisaLIVE reached out to Kamo Mphela's management for comment. Any update will be include once received.

Kamo burst onto the scene with a bang and has been making waves since.

Someone released music under my name , which is wild like why would you do that babe ?? 🤦🏽‍♀️

The amapiano sensation had been doing well for herself and she kicked off the year in a big way.

She took to Twitter at the beginning of the year and revealed that her music video Nkulunkulu had bagged 10-million views since its release.

Kamo said she was grateful for the overwhelming support she's received since making her debut in the industry.

“Nkulunkulu on 10 million views, thank you to everyone who believes in the brand. 2022 may God bless the hustle.”

While Kamo has received major love from fans, she's also had her fair share of cyberbullying, including having to put the record straight twice after rumours that she was expecting.

“Guys, I’m not pregnant, yoh! How many times? I just gained weight, OK? It’s those dollars, the dollars are making me look pregnant. Everybody is like ‘Is Kamo pregnant?’ I’m not motherf*%#en pregnant.”

Watch out Hailey Berry, Mzansi has its own Cat Woman and that's Kamo Mphela!
TshisaLIVE
4 months ago

Blxckie on his latest project: 'This EP is an exploration of another side of me'

Kamo Mphela reacts to being body-shamed after her latest video

"Gains or not we still winning."
TshisaLIVE
6 months ago

Kamo Mphela is grateful for the support from fans.
TshisaLIVE
7 months ago