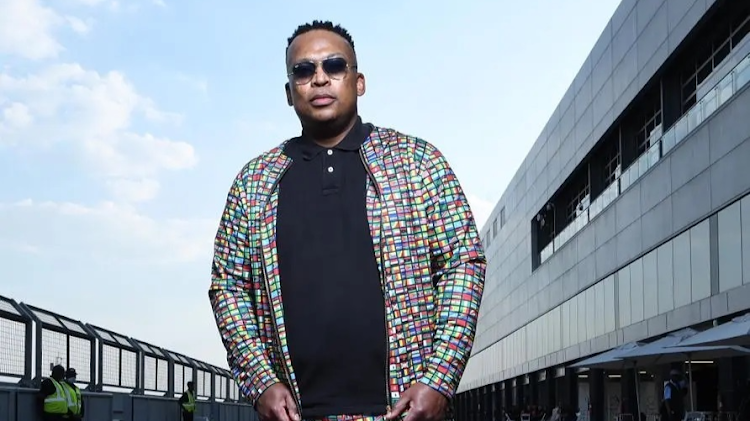 Seasoned broadcaster Robert Marawa has weighed in on Penny Lebyane's tweet comparing the department of sports, arts and culture's R22m flag project to other monuments around the world.

The department explained that R17m will be spent on the flag and another R5m for geotechnical studies. It said the flag would create jobs, promote tourism and be a national landmark.

Taking to Twitter on Wednesday, seasoned radio and TV presenter Penny asked how other monuments were built.

“Obviously [sports, arts and culture minister] Nathi Mthethwa is not liked by a whole industry that hates itself, so nothing new there for me. But l have a question. How did they build your favourites the Eiffel Tower in Paris, Statue Of Liberty in New York, Christ The Redeemer in Rio de Janeiro? Why do you like them?”

Replying to the tweet, Robert said they could not be compared to what was about to go down in Mzansi.

“They were not flags! They were not vanity projects in a struggling economy of mass youth unemployment caused by a thieving government! Here's some leisure reading,” tweeted Robert.

They were NOT flags!! They were NOT vanity projects in a struggling economy of mass youth unemployment caused by a thieving government!!

Penny told Rob she had previously read the documents he was referring to and she wasn't interested in a back-and-forth.

Marawa said that her tweet “clearly wrote itself independently” then, and claimed Penny defended “a department that has severely let down an entire sporting and arts fraternity”.

Then the Tweet clearly wrote itself independently of what u claimed u read.

U came in defense of a department that has severely let down an entire sporting and arts fraternity and I've seen it first-hand!! I offered u facts to ur redundant and irrelevant question...No "back & forth" needed my dear sister.

Actress and producer Sonia Mbele also weighed in on the debate around the flag, saying she does not take the minister of arts and culture seriously.

“There is no funding for the arts, period! How about we start there. Do y’all know how many ideas are dying on laptops?”

Taking to his Instagram actor and producer Zola Hashatsi said the project should not go ahead and suggested the minister was useless.

“Dear Nathi Mthethwa, I put it to you that if you go ahead with this Ms**ery idea of spending R22m on a monumental flag you will see a movie called Looting: The Legacy in SA, wena Minister of Condolences. You are as useless as the T in 'buffet'.”

Actress Lerato Mvelase questioned why the money was not going to help struggling artists who were not seen or heard by the government.

“How is this happening when creatives are hungry and disempowered? How is this money not going towards projects that keep creatives from being depressed and committing suicide? How are we not talking about development and sustainability of this so called business? I’m overwhelmed by how we are not seen and never heard.”

Minister Nathi Mthethwa justified the project and its cost on eNCA this week, saying it could be seen from afar and would be lit at night.

“The education has to continue, both day and night,” he said.

He said the project will also help create jobs in the construction and steel industry.

“The value will outlive us.” he said.

"Other than the work, there's nothing to say. We are colleagues supporting each other's businesses."
TshisaLIVE
1 month ago

"You could have eight packs not even a six pack and you will be beaten by somebody with no pack. Boxing is all about technique," explained Marawa
TshisaLIVE
2 months ago

"Right in the middle of psychology meeting African spirituality is where lies a lot of answers for us as Africans, especially when it comes to ...
TshisaLIVE
1 month ago