Trevor Noah back on the market after Minka Kelly break up 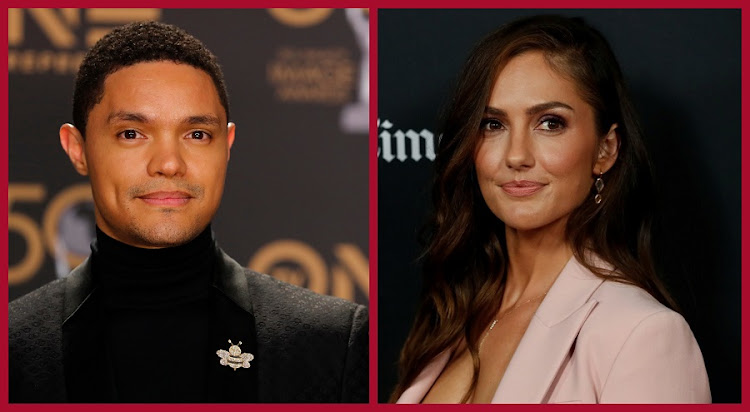 The Daily Show host Trevor Noah is reportedly a single man after breaking up with his long-time girlfriend, actress Minka Kelly.

This according to a source who exclusively told E! News that it is "100% over" between the two stars after dating for two years.

The couple, who reportedly separated and got back together again, have been "broken up for a while" because they weren't on the same page.

While many knew about Trevor and Minka being in a relationship, they both lead private lives.

While still in the relationship the two stars were spotted out together on many occasions. From vacations with friends in SA to birthday celebrations posted on social media, fans were invested in them as a couple.

According to E! News, the former couple stayed together in New York when things were "getting serious" in their relationship.

In September Dirt reported Trevor had sold his Los Angeles mansion, with many later speculating the couple were house-hunting together.

Trevor Noah and his pals showed off their slick dance moves on the viral challenge.
TshisaLIVE
5 months ago

Trevor and Minka reportedly lived together in New York City for months.
TshisaLIVE
1 year ago

A source claimed the pair have been dating for "several months" and have been living together in New York for a while now.
TshisaLIVE
1 year ago