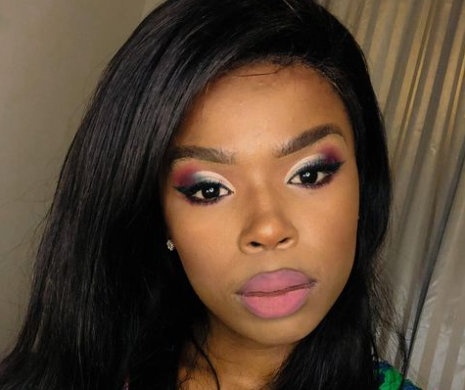 Yanga Sobetwa is beaming with pride after receiving an honorary adult friend award at the 2022 World's Children's Prize Ceremony on May 23.

The season 14 Idols SA winner forms part of the other honorary award recipients, including Nelson Mandela among many others who became ambassadors for children across the globe.

Speaking about what the award means to her, Yanga told TshisaLIVE she was proud to lend her voice for the rights of children.

“What an honour. It's an award handed to me by the queen herself, to be an ambassador for girls' rights, standing against violence and being for peace in any shape and manner possible

“For me that means peace in the household, in the way you discipline your children, in the way  you fix problems. I support dialogue for peace in every aspect of life, especially for girls. Girls' rights have been violated and no-one has stood up and said anything,. even in households, which is worse,” she said.

The singer said she got to perform one of her first singles, Promised Land, at the award ceremony in Sweden in the presence of Queen Silvia, who out handed the accolades.

“Performing for the queen was such an honour. It was such a prestigious event so it meant big things for me. Seeing how she received me. The songs that were chosen were songs that represent SA, songs that advocate for children's rights.”

Yanga said she was grateful for support s since winning Idols SA and the opportunities she's received since the competition.

“My life has changed dramatically since winning Idols. I wouldn't have performed for the queen if it weren't for the platform I got.”

The singer is working on her next album and promises to bare her heart.

“This time it is something that comes from me and from my heart, and I can't wait for my heart to reach you guys.”

They grow up so fast! Idols SA season 14 winner turns 21.
TshisaLIVE
3 months ago

These two 'Idols' winners gushed about working with each other to TshisaLIVE!
TshisaLIVE
1 year ago

The 'Promised Land Tour' online concert will air live on the star's Instagram and Facebook pages from 8pm on Friday.
TshisaLIVE
2 years ago