Must be funny in the rich man’s world 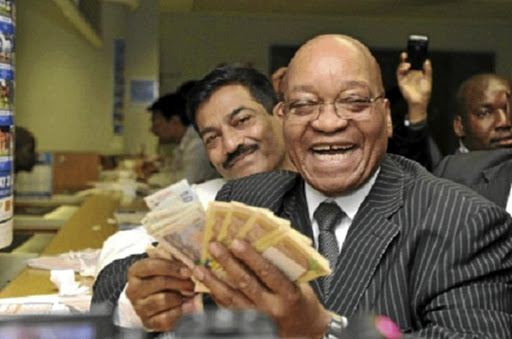 On Tuesday‚ South Africa proved Abba right: it is funny in the rich man’s world.

The rich men in question were politicians‚ and the laughs‚ as always‚ were on us. But still‚ there was some comedy gold coming out of Parliament and the Kilberry Kremlin‚ aka the Union Buildings.

First up was Julius Malema‚ calling for South Africa’s banks to be nationalised without compensation‚ or‚ as the EFF calls it‚ Operation Demand Stuff We Know We’ll Never Get But Which Reminds Everyone That We’re Revolutionary Bad-Asses So That When We Join A Coalition We Will Look Like Principled Socialists Rather Than Opportunistic Wankers.

There were punch-lines galore‚ but perhaps none funnier than when Malema suggested that his fantasy state-owned bank would be run by “qualified professionals and deployees of political parties”.

It was a tough routine to follow but ANC MP Adrian Williams did his best‚ telling the country that he was “standing here to defend the people” and explaining that “the implications of nationalising the banks without compensation are expensive”.

With respect‚ I would put it to the Honourable Williams that if he’s really concerned about crippling this country financially‚ he might want to have a word with his boss. (I refer‚ of course‚ to his shift boss‚ Jacob Zuma‚ and not his CEO‚ Vladimir Putin.)

I am also very interested to know exactly which people he was bravely standing up to defend when‚ in 2015‚ he voted against Zuma paying back the money for Nkandla.

But perhaps I’m being cynical. After all‚ contractors who charge R4-million for a firepool are people too‚ so maybe he was defending them. In which case: Viva‚ Comrade Williams and his unflagging support of the little man‚ viva!

All of this‚ however‚ was made to look like amateur hour by the absurdist comedy routine dreamed up by Zuma and his soon-to-be son-in-law Morris Masutha.

In a jaw-dropping double-act‚ they revealed that they have figured out where to find the R40-billion needed to provide free tertiary education.

So far the plan seems to involve moving money around on the backs of unicorns and in small boats towed by mermaids‚ but watch this space: once you enter the realm of medieval politics‚ where the only qualification you need to inflict your crackpot theories on a country is to marry the king’s daughter‚ you could end up anywhere.