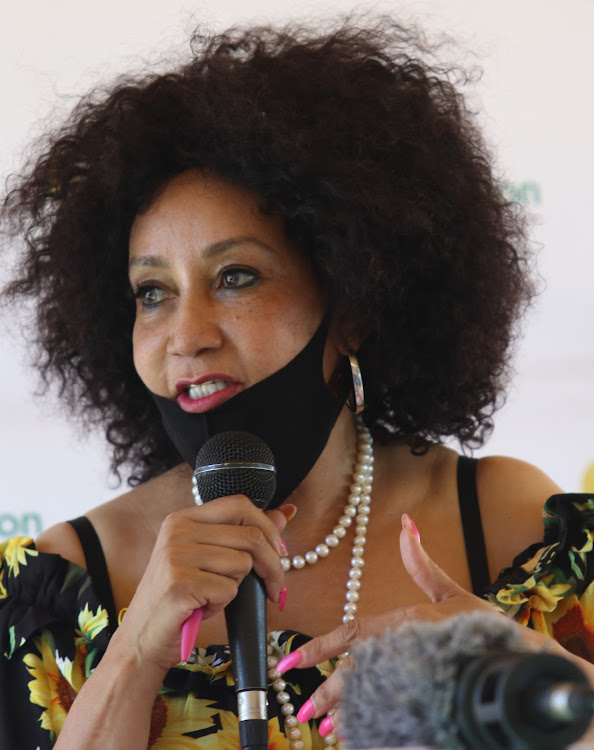 The South African constitution will not be radically changed or scrapped any time soon. If it was, some politicians would have no-one to blame but themselves.

Much ink has been spilt on minister of tourism Lindiwe Sisulu’s article announcing her candidacy for ANC president by attacking SA’s judges and the constitution. Given its purpose, her article is being treated not as a contribution to public debate, but as a reflection of the state of the governing party’s factionalism. This is accurate but a pity, because the debate over the courts and the constitution is one that needs to be had, even if politicians misuse it.

The argument against the constitution has heavyweight support. Some distinguished legal scholars and social scientists have said it is a core reason SA after 1994 is still racked by poverty, inequality and racial division. From various viewpoints, they insist that the constitution has been an obstacle to change. Their concerns have been taken up by some politicians, whose motives, as we will see, are a great deal less pure than those of the scholars.

Of course, the critics are right to point out that many of the patterns of pre-1994 SA are still with us. But is the constitution really to blame? The short answer is no.

MAKHUDU SEFARA | Sense and sensitivities: how SA has become a sensitive nation

The simple reason is that there is nothing in the constitution that prevents governments from addressing racism, poverty and inequality. The “barrier to change” that is most often mentioned is Section 25, the right to property. This is said to enable people who used force and law to deprive the majority of their land and wealth to keep their spoils. As we have seen over the past few years, Section 25 is said to prevent the state from expropriating land unless it compensates the owners (enabling them to demand large sums of money in exchange).

But the property right is not unlimited. First, any rights guaranteed by the constitution can, Section 36 says, be limited by “a law of general application” that is “reasonable and justifiable in an open and democratic society based on dignity, freedom and equality”. Second, Section 25 also contains clause 8, which says: “No provision of this section may impede the state from taking legislative and other measures to achieve land, water and related reform, to redress the results of past racial discrimination.”

So, if a government wanted to override the property clause to address racial unfairness, the constitution already allows for that. This is why the debate over changing it to facilitate expropriation without compensation has been pure political theatre.

All this allows judges to decide if a government can limit the rights of those who own property, and some who want change fear that judges don’t share their hopes. But we have no idea how judges would react if asked to make such a decision. As retired deputy chief justice Dikgang Moseneke often points out, there has been no case since 1994 in which the government has tried to redress poverty or inequality and has been prevented by the courts and their interpretation of the constitution. The claim that judges have stood in the way of change is, therefore, false.

Some critics of the constitution agree that it has not stopped change. But, they say, it has not made it happen either. They want a constitution that leaves as little as possible to judges and lawyers — it should say very clearly that sweeping changes are needed to right the wrongs of the past and spell out exactly what those changes are. This, they say, would force judges and the courts to endorse change.

An incident during the early 1990s, when the country was debating a democratic future, illustrates where this approach leads. A distinguished jurist argued that the constitution should not simply allow affirmative action, it should instruct governments to adopt it. But, someone objected, affirmative action could lead to abuses: elites might use it to deprive people living in poverty of the little they have. No problem, replied the jurist, we would simply add a schedule to the constitution outlawing abuses.

Given how many situations the schedule would need to cover, it would have ended up being longer than the constitution. This would leave no role at all for elected governments and would end up being interpreted by judges anyway. The result would not be a better country, but the transfer of power from elected representatives to lawyers — a new minority rule.

The problem is not the constitution but politicians, in particular elected governments that since 1994 have never tested how much change the courts would allow. And on the evidence so far, it seems likely that the courts interpreting the constitution endorse more change than politicians. The Constitutional Court has, contrary to government policy at the time, upheld the right of homeless people to adequate housing and ruled that women are entitled to antiretrovirals that prevent them from transmitting HIV and Aids to their newborns. In this and other cases, they have not prevented government action against poverty, they have insisted on it.

OPINION | Lindiwe Sisulu’s arrogance is sponsored by the ANC. Don’t forget that.

What’s important to keep in mind about Lindiwe Sisulu’s attack on the judiciary is that her behaviour tells us as much about her as it does about the ...
Ideas
6 days ago

Moseneke is right to insist that the constitution is being blamed for the failures of politicians. When those who do this are scholars, we can accept their good faith. When they are politicians, their attacks are cynical attempts to shift blame for their own failings. Sisulu is hardly the only politician to do this, but she is a good example of the cynicism at play.

She has been a senior figure in the ANC and a cabinet minister for many years now. While, unlike most of her colleagues, she likes to appoint advisers who have a taste for radical rhetoric, no-one can recall a time since 1994 when she has challenged the patterns in society that create poverty or inequality, or gone to bat for people living in poverty. Some high-profile ANC politicians’ desire for change is on display only when they are no longer in office, or in Sisulu’s case, not in the office she would like to occupy. It is not a principled call for progress, it is an attempt to gain political advantage from a lack of change for which they are largely responsible.

SA is trapped in its past not by its constitution, but by the actions and inaction of politicians who the law never prevented from devising and implementing an effective plan for moving to a more equal future. This should help us place in perspective the claims of politicians who advance their ambitions by blaming a document for their indifference towards the people who elected them.

Sisulu and the constitution, plus five talking points from ‘Vrye Weekblad’

There is nothing feminist, pro-women or pro-poor about minister Lindiwe Sisulu’s poor governance track record in the portfolios she has occupied in ...
Ideas
5 days ago