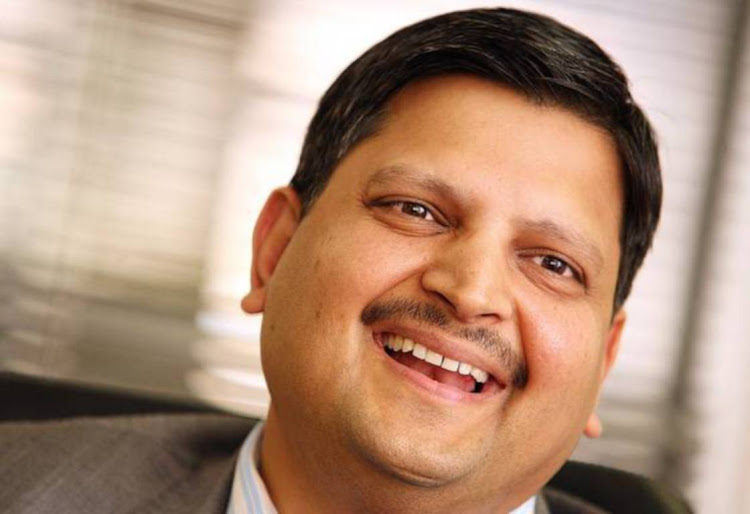 Atul Gupta and his brother Rajesh, who are the alleged kingpins behind state capture in SA, were recently arrested in Dubai. File photo.
Image: Kevin Sutherland

Now that Rajesh and Atul Gupta have been arrested in the United Arab Emirates (UAE), there is a great deal of speculation as to when the brothers may ultimately set foot on SA soil to face charges of money laundering and other financial crimes.

The brothers are the alleged kingpins behind state capture in SA — the massive corruption and repurposing of state organs for private gain during the ruinous reign of their friend, former president Jacob Zuma. They fled SA for Dubai in April 2016.

The judicial commission into state capture and corruption, the Zondo Commission, found the Gupta family had considerable access to Zuma, influencing political decisions such as ministerial appointments and staffing at state-owned enterprises, and the rearrangement of the revenue service to advance their financial interests.

The evidence outlined in the Zondo Commission reports offers substantive, chronological and narrative detail. That will assist prosecutors in building cases of fraud, money laundering and a host of other financial crimes against named individuals, including Rajesh and Atul Gupta.

This means  South Africans are now aware, having been provided with considerable information and in great detail, about the financial malfeasance carried out for over a decade.

Despite this, there have only been a few arrests, and even a smaller number of prosecutions. Having the Guptas in court will send a strong signal that the days of impunity are over.

EDITORIAL | Zondo report must deliver. We can’t afford a R1bn exercise in futility

Arresting a suspect in pursuance of an extradition order usually signals a preliminary legal victory for the requesting country. Once the fugitive is in police custody, formal proceedings may start to have the suspect brought to trial.

But the victory is usually short-lived. This is because the process of extradition is lengthy, often proceeding in fits and starts. It may in fact take years to bring the suspect to justice.

A recent international example is the case of Julian Assange’s extradition from the UK to the US to face espionage charges, which has been in the works for more than a decade. Assange has used court challenges and extralegal measures, including refuge in the Ecuadorean embassy in London to halt his extradition.

One closer to home is the case of Mozambique’s former finance minister Manuel Chang, who is wanted in Mozambique and the US for corruption involving $2bn. The High Court in Johannesburg has ruled Chang, who has been in jail in SA since 2018, be extradited to the US for trial.

It is probable the Guptas will use the court systems in both the UAE and SA to delay their day of legal reckoning. They are also likely to seek political or diplomatic alternatives to facing trial in SA.

These could include, for example, seeking intervention from the Indian or UAE governments to pursue a legal settlement that might involve returning their allegedly ill-gained revenue in exchange for withdrawing the charges.

How Zondo let McKinsey off the hook

The Zondo commission was duped by McKinsey.
Opinion & Analysis
1 month ago

The first precondition for securing the brothers’ presence in court would be a bulletproof case by the National Prosecuting Authority (NPA). This must withstand both South African and UAE judicial scrutiny. Such a case would have to be built on an incontrovertible body of evidence including sworn documents, financial records, witness testimony and an irreproachable timeline of misdeeds.

Such a bulletproof case is mapped out in voluminous detail in the reports of the Zondo Commission. The reports outlined how Zuma’s friends and associates diverted billions of rand from parastatals to offshore accounts, mostly at the behest of the Gupta family.

A searing example is the purchase by Transnet, the transport parastatal, of unsuitable locomotives, in violation of state procurement laws and policies, and with allegedly huge kickbacks to the Guptas. Another example is the slew of criminal activities at Eskom, the power utility, that were allegedly devised entirely to profit the Gupta family and their enablers in the governing party.

These financial crimes have had several deleterious effects on SA. They robbed South Africans of basic social and economic resources (electricity, transport) they need to live a decent life. Even with prosecutions, it may take years (if at all) to recoup the stolen money.

In short, the Gupta footprint is all over the thousands of pages of the Zondo Commission report. The task is now up to the NPA to develop an unimpeachable case against Rajesh and Aptul Gupta.

The second precondition to ensuring the Guptas’ return to SA to face charges is the adroit handling and ultimate success of the prosecutors in prevailing over the many legal challenges that are certain to be raised by the brothers.

It helps that the brothers have lost their enormous influence and access to SA’s presidency, and other senior ANC politicians with the election of Cyril Ramaphosa as party leader in 2017, and national president in 2018.

The jury is still out as to whether the NPA, which was hollowed out as part of the state capture project, has the capability to successfully prosecute those implicated in the Zondo Commission reports.

Despite the appointment of new leadership three years ago, and formal support from President Ramaphosa, the agency continues to be underfunded. The record so far does not inspire confidence.

Yet the expectations of South Africans that the state will succeed in prosecuting those who have committed atrocious financial crimes remain high. Despite its disappointing record, the prosecuting authority has been given a vital legal lifeline by the Zondo Commission reports, with their detailed listing and description of the crimes committed.

The prosecuting authority has also enlisted some of the country’s leading legal minds from the private sector in efforts to extradite the Guptas, and to prosecute state capture cases. This bodes well for ensuring the Gupta brothers will face charges in a South African court.

SA’s prosecutors should seize the lifeline provided by the Zondo Commission, and the addition of capable legal talent, to reinvigorate a distressed institution.

Successful prosecution of the Guptas and others implicated in state capture will be good for the prosecutors’ reputation. It’ll also be good for the country — in economic and political terms. Their success will be appreciated not just locally, but could serve as a model for prosecuting corruption in Africa and globally.

State capture inquiry chairperson and chief justice Raymond Zondo has denied meeting with President Cyril Ramaphosa to discuss the “timing” of the ...
Politics
1 month ago

Forgot who was named in the state capture reports so far and why? We've got your back.
Politics
1 month ago

Former SAA chairperson Dudu Myeni on Tuesday indicated she intends to plead guilty on charges including defeating the administration of justice.
Politics
1 month ago