Emblems 101: How Alfa Romeo got its mojo 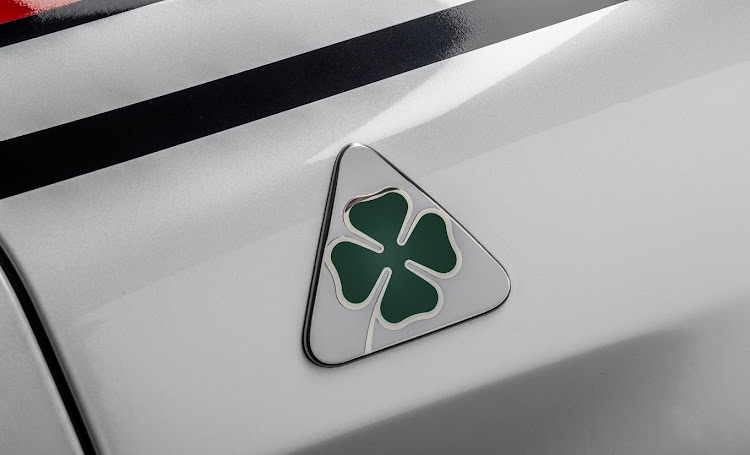 Alfa Romeo is about as polarising as Marmite — you either have a taste for it or you don't. You'll either live with the oil leaks and questionable reliability or you won't.

However, even if you live in the latter camp, you've got to admit that the Turin-based manufacturer does ooze an undeniable charm that rival manufacturers can only ever dream of emulating.

You see, Alfa Romeo is a brand with pedigree. It's been around for 110 years and therefore has a history behind it that comparatively young brands like Hyundai and Kia cannot match. And that counts for something — because let's face it, people like to buy into a good story. Like how the “quadrifoglio” badge came to grace the flanks of its sportiest models.

In 1923, Alfa Romeo works driver Ugo Sivocci was known as l’eterno secondo — the eternal second — because fate seemed hell-bent on keeping him off the top step of the podium.

Emblems 101: How Abarth got its sting

Of all the many automotive crests in the world today, Abarth's is probably one of the most distinctive as it forgoes the usual four-legged land ...
Motoring
1 year ago

Determined to fend off the forces conspiring against his success, Sivocci decided to put his faith in a symbol that has long been associated with that of good luck: the four-leaf clover — or quadrifoglio as it's known in Italian. So he painted it in a white square (each point of the square representing one of the team's four drivers) on the front of his Alfa Romeo RL for that year’s Targa Florio.

As it happened, Sivocci crossed the finish line in first place — and in doing so earned Alfa Romeo its first-ever international motorsport victory. The quadrifoglio appeared to have broken the Italian team's string of misfortune.

Consequently, Alfa Romeo immediately made it mandatory on all of its factory racing cars.

A few months later, tragedy struck when Sivocci was killed while testing the outfit's new Alfa Romeo P1 at Autodromo Nazionale di Monza. Apparently the 38-year-old driver had not yet had time to paint his lucky charm onto the steely skin of his brand new race steed.

Coincidence? Probably not, but it does make you think.

Since that day, Alfa Romeo has been paying tribute to Sivocci by adorning its fastest and most capable cars with a quadrifoglio framed within a triangle (what you're left with when you remove one side of a square).

It's one hell of a tale, alright — one filled with the kind of intrigue and symbolism that makes your shiny new Hyundai N car seem like even more of a soulless refrigerator.

10 memorable racing liveries to remind you of faster times

Take a look back at some of the more memorable racing liveries to have flashed through the pages of motorsport's history books.
Motoring
1 year ago

With the motoring industry at a standstill like every other sector under a world battling Covid-19, you will have noticed that this team has become ...
Motoring
1 year ago

Stirling Moss, the archetypal British racer widely regarded as the greatest Formula One driver never to win the world championship, has died at the ...
Motoring
1 year ago