The rise and rebirth of Formula One 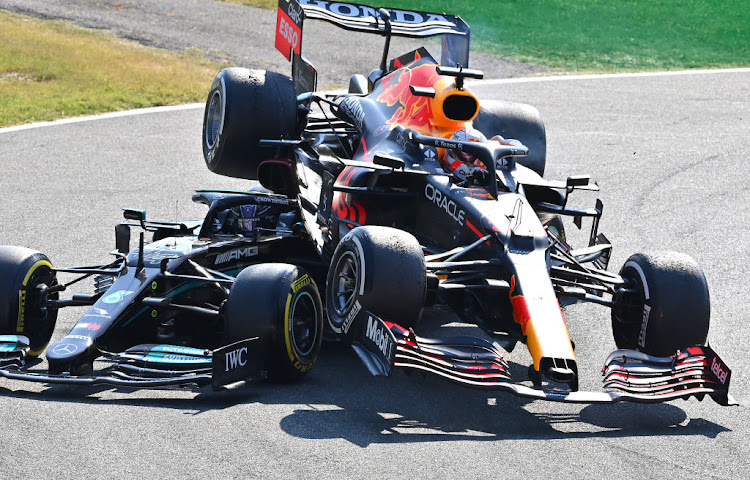 The intense rivalry between Lewis Hamilton (left) and Max Verstappen (right) has done much to boost interest in F1 during 2021.
Image: Peter Van Egmond/Getty Images

I never bothered about F1. Which is strange because I love motorsport. I used to watch it religiously back in the 1990s but in recent years I'd rather stream cat videos on YouTube.

Even the live experience was dire. At the 2014 Spanish Grand Prix I spent more time focused on the antics of the champagne-quaffing, Rolex-wearing Russians roaming the Paddock Club suite than I did the cars circling the track below: hybrid-powered, sausage-nosed monstrosities that sounded like broken kitchen appliances and lapped slower than their V8 predecessors. Further fuelling my disdain for the sport was its air of arrogance.

Compared to the World Endurance Championship, F1 was a closed book: an insular anorak who begrudgingly tolerated fans and spectators because it had no other choice. During our rushed pre-race VIP Paddock Club tour of the pitlane it felt like the teams were all doing us a favour by allowing us into their realm. That was the year I washed my hands of motorsport’s “pinnacle”: a dull and irrelevant spectacle in desperate need of reinvention.

Fortunately this has happened and F1 is busy staging one helluva comeback. Liberty Media promised big things after they acquired the Formula 1 Group for a cool $4.6bn back in 2017 and in 2019 they certainly delivered by getting Netflix on to the grid.

The “Drive to Survive” docuseries was an unmitigated success: a masterstroke of celluloid marketing genius that reignited world interest in this world of wings and slicks by streaming all its thrills, spills, politics and general bitchiness (Kevin Magnussen candidly telling Nico Hulkenberg to “suck my balls” during a post-race interview has become the stuff of legend) into our living rooms.

It brought the sport to the masses and introduced us to the personalities behind those tinted visors. It made us care and it made cynics such as myself borrow a friend’s DStv login details and for the first time in five years tune in and watch a race. More importantly, “Drive to Survive” caught the attention of the world's youth: members of Gen Y and Z.

According to the number crunchers over at Nielsen Sports, interest in F1 grew by 73-million (20%) in 2020 across 10 key global markets — quite a feat when you factor in the chaos caused by Covid-19. Equally fascinating is the fact that 77% of this growth can be attributed to the 16 to 35 age group, which, coincidentally, accounts for 46% of the sport’s gross interest pool.

While “Drive to Survive” certainly struck a chord with the youth market, young motorsport fans have also been lapping up F1’s foray into the Esports arena.

Detractors may have viewed this as something of a gimmick but at the end of the day it did even more to galvanise support from so-called zoomers who could now emulate their heroes using nothing more than a basic and relatively inexpensive sim-racing set-up. Suddenly F1 was at the sharp end of a technological revolution and savvy, switched-on drivers such as Norris were helping the sport tap into an exciting new audience via social media platforms such as Twitch, YouTube and Instagram.

But it’s not all streaming services and zeros and ones. F1 is also courting the world’s youth by taking aim at important social issues through its recently launched #WeRaceAsOne initiative: a platform designed to tackle burning issues such as racism, diversity, inclusion and environmental sustainability.

You might roll your eyes at this corporate wokeness but for younger generations, acknowledging and addressing these sometimes uncomfortable topics is a pretty big deal and one that doesn’t go unnoticed.

It also helps to have somebody like seven-times world champion Lewis Hamilton on the grid who has over the past few seasons become more outspoken about social justice and equality. Not too long ago the Briton walked the paddock wearing a gender-neutral Burberry outfit: a bold statement driving home his belief that people should be free to express themselves exactly how they see fit.

Of course it would be remiss to talk about Hamilton without mentioning Dutchman Max Verstappen. Now the sport’s youngest-ever race winner, the 24-year-old Red Bull pilot is the only person standing in the way of the 36-year-old Mercedes driver’s record-breaking eighth world championship title — a feat that would leapfrog him ahead of the great Michael Schumacher.

The pair have been sparring with a ferocity not seen since the Senna vs Prost battles of the late 1980s with neither driver giving an inch on the track — often with explosive consequence if you remember this year’s, ahem, somewhat controversial British Grand Prix. This exciting, down-to-the-wire “Age vs Experience” rivalry is another reason F1 has been stirring up renewed interest in old and new fans alike: the prospect of Mercedes being toppled after eight years at the top is something that will do the sport a lot of good.

Especially as we go into the start of a brave new era. From stringent budget caps to new-from-the-ground-up cars designed to encourage closer racing and more overtaking, F1 is busy riding a beautiful wave of change that should, Nielsen Sports suggests, see it garner a staggering billion fans by the time 2022 rolls around. This renaissance period has been a long time coming and it’s a treat to be able to strap in and go along for the ride.

I’ve long been a fan of the Fiat 500. Simply because it has a bit of character and personality. Sure, you can buy more competent and practical city ...
Motoring
2 months ago

If you had asked me two weeks ago whether our ratty old 1965 Volkswagen Beetle would complete the inaugural 24 hours of ILamuna, I probably would ...
Motoring
2 months ago

There’s something for everyone in the Porsche 911 lineup. At the less extreme side of the spectrum you’ve got the lovely Carrera and Carrera S models ...
Motoring
3 months ago